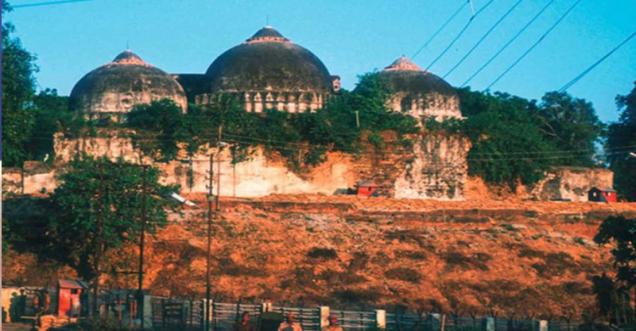 New Delhi. The special CBI court in the decades-old Babari Masjid Case acquitted all the accused on Wednesday. After this decision, all kinds of reactions are coming out from various political groups. While the news is being welcomed by the Bhartiya Janata Party camp, the Congress has questioned the decision.

Surjewala further wrote in his statement, "The whole country knows that the BJP-RSS and their leaders hatched a vile conspiracy to break the communal harmony of the country and society for political gains. The BJP government of Uttar Pradesh at that time was also communal. It was involved in this conspiracy to dissolve harmony. Even the Supreme Court was tricked by giving false affidavits at that time. It was only after examining all these aspects, facts and evidence that the Supreme Court held the demolition of the mosque illegal. "

The decision of the Special Court to acquit all the accused in #BabriMasjidDemolitionCase runs counter to Supreme Court Judgement as also the Constitutional spirit.

Surjewala did not stop here, he further wrote, "Everyone who believes in the Constitution, social harmony and brotherhood hopes and expects that the provincial and central governments will file an appeal in the High Court against this irrational decision of the special court and without any bias. Or will follow the constitution and law of the country of prejudice. This is the true practice of the Constitution and the law. "

But Special Court exonerated all Accused.

Significantly, in the case of the disputed structure in Ayodhya on 6 December 1992, the special CBI court gave its verdict on Wednesday. The accused were acquitted for lack of evidence. Special Judge SK Yadav, while giving the final verdict of his tenure, with the lawsuit which has been going on for 28 years, said that the Ayodhya demolition was not a pre-planned event. There is also no strong evidence of this incident. The court has admitted that there is no concrete evidence against the allegations leveled by the CBI. This work was carried out by some chaotic elements.