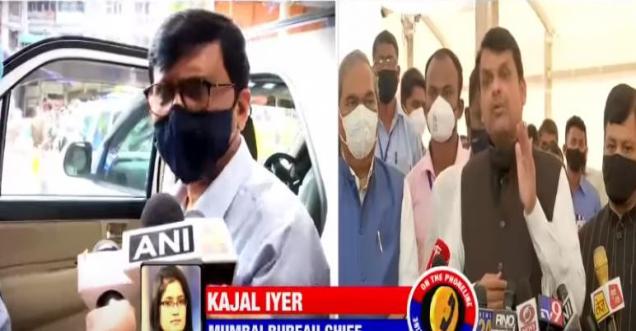 Maharashtra BJP President Chandrakant Patil issued a statement on Monday over the recent meeting between Former Chief Minister of Maharashtra Devendra Fadnavis and Shiv Sena Rajya Sabha MP Sanjay Raut. The meeting went on for over an hour.

Reacting to the meeting, BJP leader Chandrakant Patil said, "When two big leaders of two different political parties meet, obviously politics is discussed. They do not discuss tea and biscuits but this meeting was inconclusive."

Former Chief Minister of Maharashtra Devendra Fadnavis also issued a statement the next day claiming he met Sanjay Raut to discuss the Saamna interview and there was no political discussion during the meeting.