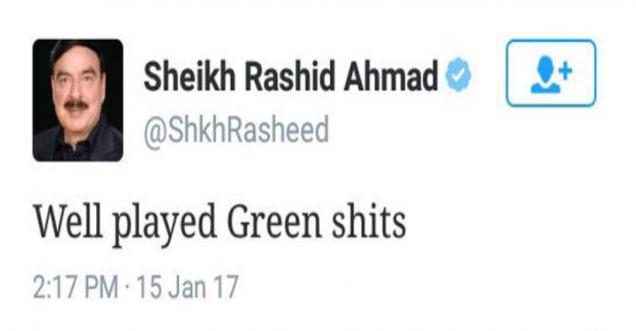 Sheikh Rashid Ahmad must be thinking what had he done on twitter, he mis-spelt 'shirts' as 'shits' in in his message to congratulate the Pakistan win over Australia.

Mohammad Hafeez-led Pakistan won their first victory on the tour of Australia as the visitors came out winning with a six-wicket win in the second one-day of the five-match series.

Sheikh Rashid Ahmad (chief of Awami Muslim league), A Pakistani minister tweeted congratulatory note through his twitter account, expressing his enthusiasm on the team's victory he committed a silly mistake which resulted in an unwanted series of trolls.

The Pakistan minister mis-spelt the word  'shirts' as 'shits' in his message and before he could correct the mistake, trolls had pour in with his screenshots of his funny error.

The Minister later corrected the mistake but it was too late. 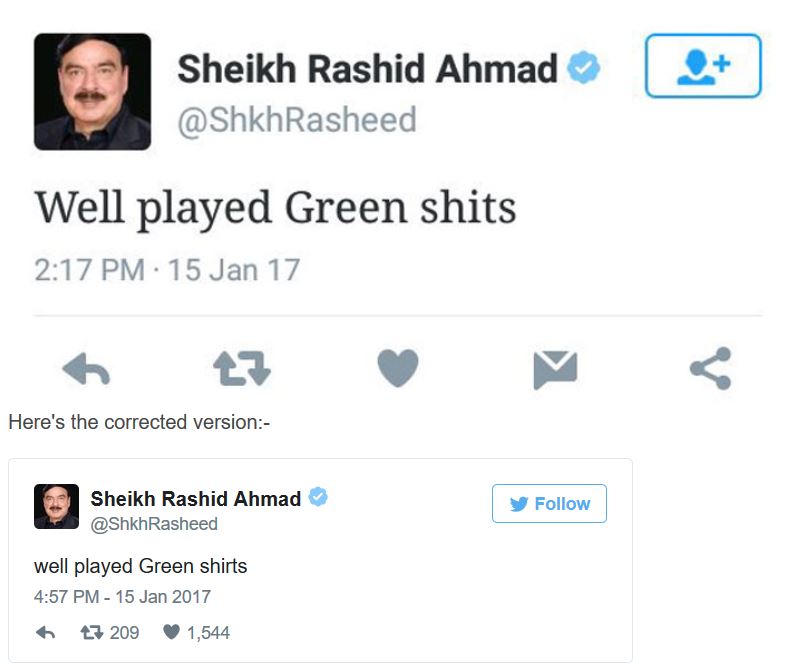 Mohammad  Hafeez, who lead Pakistan in the absence of injured captain Azhar Ali, Pakistan  221-4 off 47.4 over’s with a 72-run knock to level the series 1-1. Pakistan won the match against Australia and the mistaken tweet by the Minister will make sure everyone in the world knows this now.