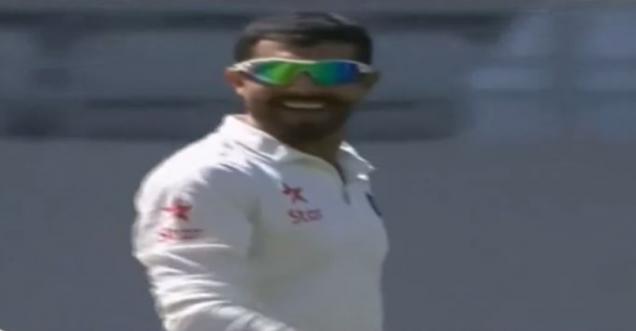 Chennai Test, India Vs England 5th Test: The last and the final Test match, of the 5 match series, between India and England was played at MA Chidambaram Stadium in Chennai. India convincingly won this Test match by a Innings and 75 runs. India won 4 of the five test matches played, while one was draw. In the first session on the final day, England captain Alastair Cook made 49 runs and Keaton Jennings made 54 runs.

Below is the final score of the day, after India won the match.

Fifth day as it happened today

Continuing from the fourth day of the match, England added 102 runs on the last day without losing a wicket. England did not lose a single wicket in the first session of the cricket test match played today and the match was heading for a dead end.

Soon after the lunch break England continued to play further, till that time England was still playing for 103 and without wicket fall. Ravindra Jadeja gave the first break of the match; He first took Alastair Cook (49) and then Keaton Jennings (54) wicket, which was the turning point of the match.

After this there was no turning point in the match, the England’s wicket kept on falling, like if they did not wanted to play any further and wanted to go back home as soon as possible.

Joe Root, England's best batsman in this series, got himself out six over’s later, sweeping unwisely off the line of the stumps. The ball was too full for the shot, and it sneaked under his bat and hit his front pad instead. India reviewed Simon Fry's not-out decision - a fair call, given it wasn't immediately apparent whether the ball had straightened enough to hit the stumps - and ball-tracking said it was hitting more than 50% of leg stump.

Ishant Sharma dismissed Jonny Bairstow, who scored most runs this year in Test and England were 129-4. Jonny Bairstow was even more unfortunate that Jadeja was the fielder sprinting from midwicket towards the square leg boundary with his back to the pitch, looking over his shoulder to keep his eye on the ball. Perhaps no one else on the field would have been able to pull off the catch.

England tried its best to save the match, by making it draw but today it was Ravindra Jadeja day. One by one all of England team was out on total of 207 runs in the second innings after follow on.

Ravindra Jadeja was awarded for the best catch of the match. Karun Nayer got the award for player of the match for 303 runs not out and Virat Kohli got the Man of the series award for scoring a staggering total of 655 runs.