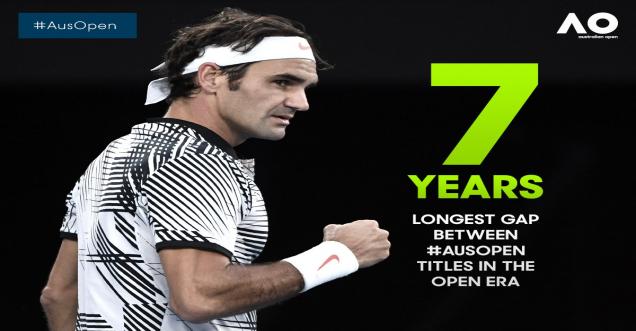 It is the Grand Slam title to this Swiss tennis sports legend Roger Federer's major win since Wimbledon that happened in 2012 reversing the status quo against his nemesis, Nadal.

Roger Federer, the 35 year old tennis star had earlier lost six of the previous eight grand Slam finals that he had played against his toughest opponent Nadal. However, he hailed in the 11th of 34 matches and defeated the left-handed Spaniard.

Roger  broke down with tears of joy flowing through his eyes as soon after winning his fifth title of Australian Open. The video was tweeted by the official handle of 'Australian Open.'

Tears of joy for the champ #Federer #AusOpen pic.twitter.com/t048S5Spcm

Here at #sleepisfortheweak, we are taking our final lap. While we do, enjoy Roger's victory march.#AusOpen

Here at #sleepisfortheweak, we are taking our final lap. While we do, enjoy Roger's victory march.#AusOpen pic.twitter.com/bOCtCUVhOe