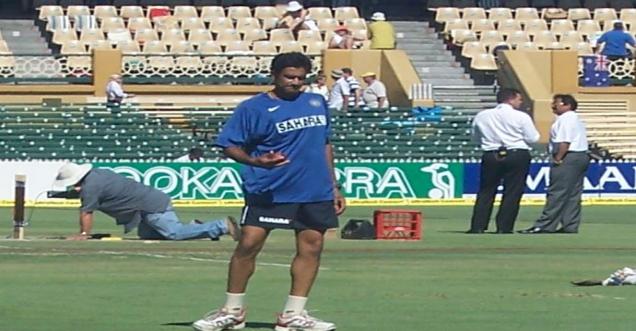 Sports News: Finally Virat Kohli got what he expected, Kumble has resigned from the head coach of the BCCI team. A year ago when Kumble was brought to this post, Virat Kohli was not much happy. But then Kumble became coach and for a year, Team India played a lot. Matches under coach Kumble’s, Champions Trophy are the only tournament in which India has been defeated. And after the Champions Trophy ended, Kumble resigned from the post.

Team India flew from England for the West Indies tour directly. Kumble has not gone with team India. He is coming back to India.

The day after the Champions Trophy ended, Virat Kohli met the Cricket Advisory Committee and gave his opinion about Kumble. What he said was not in the Favor of Kumble. Kohli has more interest in Ravi Shastri. It is a matter of concern in itself that just one night before the Champions Trophy final, team captain, and Cricket Advisory Committee and BCCI officials sat in a room and were discussing about staying Kumble as the coach.

Kohli is the reason behind Kumble’s departure from the post of coach. The Cricket Advisory Committee's hand was behind his arrival. When Kumble came, he was brought in as a wild card entry. His succeeded as the coach with favor of Sachin, Sourav and Laxman. Seeing Kumble's record after one year contract ended, it was believed that he would continue to be coach as well. Apart from this, the Advisory Committee also tried to fix the issue between Kohli and Kumble, but now it is known that they could not leave the bitter experience between them.

In this whole issue, superstar’s cultures in the Indian team are coming up again. While resigning from the post of the Committee of Administrators, Ramchandra Guha had also said that "The way the Indian team has handled coach Anil Kumble is shameful. The Indian team's record has been good in the last season. Although good credit should be given to players, however the head coach and support staff should also get the same credit. Anil Kumble's contract should have been increased at least for now seeing the good performance of team India. While Kumble is being left helpless and new applications are being sought. If there is a process, then why did not been followed.

A captain is trying to figure out who will coach his team. It can also be seen arrogance by the Captain. It can also be seen from this point that he wants a better option for his team. He doesn’t want to compromise. Virat Kohli over the years has come out as a player who never compromises his standards of playing. He had been seen playing when he feels he is 100 percent fit to play. This decision can be seen as another strict nature of Kohli.

So if the team captain doesn’t want a coach to guide him and his team, he has all the right’s to oppose the coach. Kohli has done the same thing and might have insisted Anil Kumble ouster from the team head coach. This might be the exact reason why Anil Kumble has been shown the door.

Hours after sending his resignation to BCCI CEO, Kumble took to Twitter. He confirmed that it was due to captain Kohli's reservations about his style ofcoaching and him continuing as the head coach that he had decided to move on.