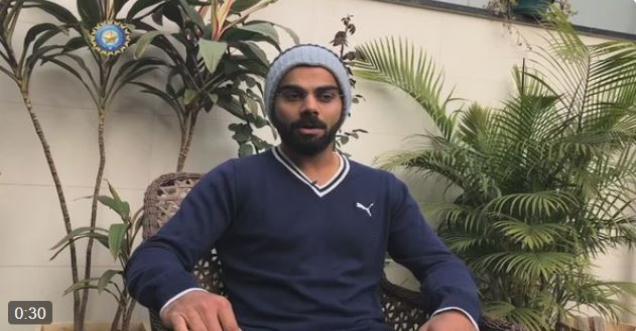 New Delhi, Virat Kohli: The Indian captaincy has now moved over to Virat Kohli. Selectors have formally appointed Virat as the captain in all three forms of cricket India. Earlier, he was only the captain of the Test team. However, even after getting over the captaincy, Virat Kohli said Captain Mahendra Singh Dhoni contribution can never be forgotten and he praised a lot for him.

He said Dhoni has helped several times from being dropped from the team in difficult times and his mentor Captain Dhoni and senior players has always supported him.

Virat Kohli made his ODI debut under MS Dhoni in 2008 against Sri Lanka, who had failed in the first match and were bowled out for just 12. In the second match, he scored 37 and 25 in the third, the score was not anything special, but in the fourth ODI and Dhoni continued to give him the opportunity, he made a career-first fifty.

The first Test against the West Indies in 2011, Virat Kohli got a chance to play and in that match he scored 4 and 15 in both the innings.

BCCI tweeted a video in which Virat Kohli recorded this conversation...