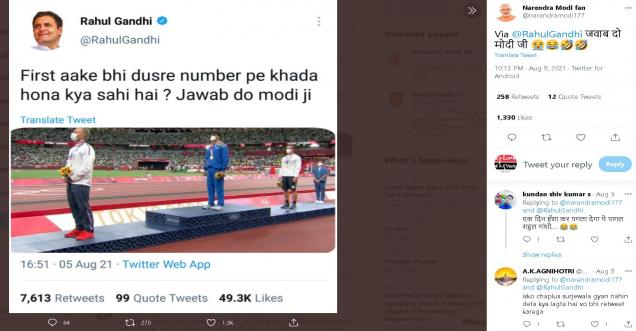 News Verification: The tweet shared with a screenshot as Rahul Gandhi Twitter profile is not true. Rahul Gandhi has not made any such tweets asking questions to Narendra Modi. As can be seen In the picture the Olympic Gold medalist Neeraj Chopra standing second on the podium when looked from the side. The tweet is being shared with a question, “is it right to stand in the second position despite coming first? Answer, Modi ji'”

Neeraj Chopra won the gold medal at the 2020 Tokyo Olympics and became the first track and field athlete to win a gold medal for India at the Olympics.

There is no post from Gandhi congratulating the Olympian; however, he has congratulated other Olympic players. His last tweet was for Ravi Dahiya on Aug 5, after that he did not congratulate any player.

Great going, Ravi Dahiya! Congratulations on wrestling your way to the #Silver .#Olympics

Neeraj participated in the final javelin throw on Aug 7, 2020. 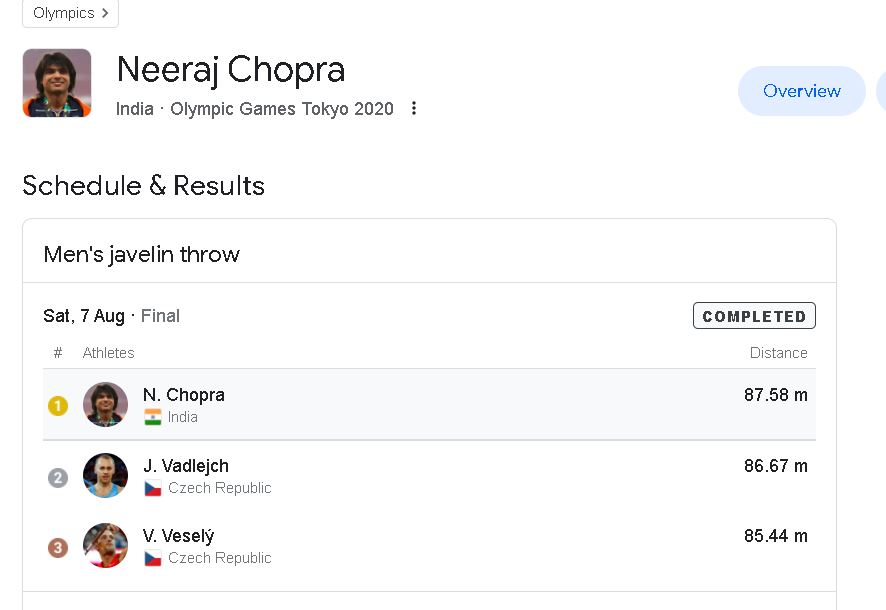