A video is going viral on social media these days, in which it is being claimed that a tomb has been built near temples in Kurukshetra, Haryana, where Lord Krishna preached the Gita. 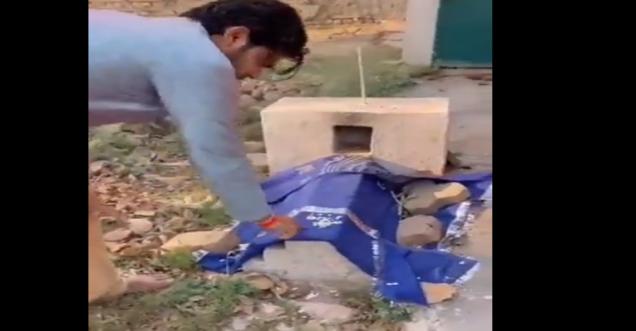 News Claim: A video is going viral on social media these days, in which it is being claimed that a tomb has been built near temples in Kurukshetra, Haryana, where Lord Krishna preached the Gita. A two-and-a-half-minute video claiming to have built a tomb has gone viral on social media, showing how a small shrine was built in the middle of the temple and clothed with Muslim religion.

News Verification: In the viral video, a man is seen making shocking claims about the shrine, saying how members of the Muslim community are trying to take over the Hindu shrine. Let us tell you that this temple of Kurukshetra is believed to be the place where Lord Krishna preached the Gita to Arjuna. It is being claimed that land jihad is being done by making a "mazar" there.

When this video was fact-checked, it was found that the talk of building a tomb at the Gita Upadesh site is completely false.

The structure which is being claimed to be a tomb is actually a structure built by a Hindu family in the memory of their ancestors many years ago. The police have also termed this claim as completely false. According to the police, the structure is more than 30 years old and was built by a Hindu family in honor of an ancestor. In such a situation, the talk of the tomb being spread on social media proves to be completely wrong.

News Verdict:  A video that is being told as a mazar, is actually a structure built by a Hindu family in the memory of their ancestors many years ago.The viral video is completely false.