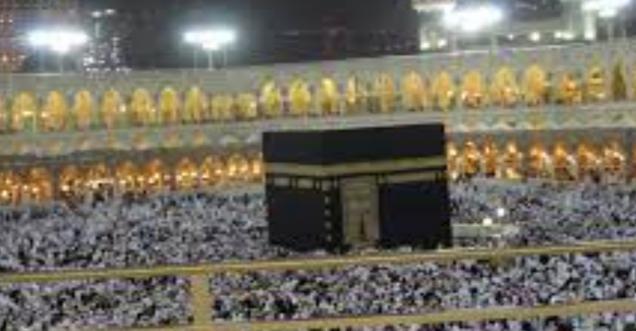 News Claim:  A message viral on social media claims that Mecca was occupied by a radical Islamic group in 1979.

Salahuddin Owaisi of AIMIM called for a Bandh in Hyderabad, even when India had nothing to do with it.

On that day, MIM mobs desecrated the temple of Bhagyalakshmi at Charminar. They broke the main Murti of Lakshmi

Salahuddin Owaisi of AIMIM called for a Bandh in Hyderabad, even when India had nothing to do with it.

On that day, MIM mobs desecrated the temple of Bhagyalakshmi at Charminar. They broke the main Murti of Lakshmi

News Verification: In the early hours of 20 November 1979, some 50,000 faithful from all over the world gathered for dawn prayers in the huge courtyard surrounding the sacred Kaaba in Mecca, Islam's holiest place. Among them mingled 200 men led by a charismatic 40-year-old preacher called Juhayman al-Utaybi. They had placed closed coffins in the centre of the yard, a traditional act of seeking blessings for the recently deceased. But when the coffins were opened, they revealed handguns and rifles, which were quickly distributed among the men.

As per Wikipedia, The Grand Mosque seizure occurred during November and December 1979 when extremist insurgents calling for the overthrow of the House of Saud took over Masjid al-Haram, the holiest mosque in Islam, in Mecca, Saudi Arabia. The insurgents declared that the Mahdi (the "redeemer of Islam") had arrived in the form of one of their leaders – Mohammed Abdullah al-Qahtani – and called on Muslims to obey him. The Saudi army, advised by French commandos, fought for almost two weeks to reclaim the Grand Mosque.

The seizure of Islam's holiest site, the taking of hostages from among the worshippers and the deaths of hundreds of militants, security forces and hostages caught in the crossfire in the ensuing battles for control of the site, shocked the Islamic world. The siege ended two weeks after the takeover began and the mosque was cleared. Al-Qahtani was killed in the recapture of the mosque but leader Juhayman al-Otaybi and 67 of his fellow rebels who survived the assault were captured and later beheaded

News Verdict ayupp.com: Upon Investigation of the News it was found that the message of the capture of Mecca is true