A picture is being shared with the claim that this statue of Nandi is part of the Kashi Vishwanath temple where the mosque now stands. 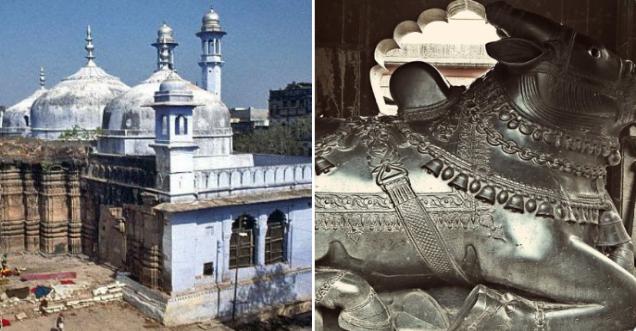 News Claim: Amidst the controversy surrounding the Gyanvapi Masjid survey in Banaras, Uttar Pradesh, there has been a flood of pictures of shrines on the Internet. This collage of two scenes is also in public view, in which on one side there is a statue of Nandi, the vehicle of Lord Shiva, while on the other hand Gyanvapi Masjid is shown. This picture is being shared with the claim that this statue of Nandi is part of the Kashi Vishwanath temple where the mosque now stands.Many people shared the collage on Facebook and Twitter

This post is so emotional, don't know how many of you will relate to it.

Nandi always has his face towards the Shivling, but Nandi of Kashi Vishwanath faces the Gyanwapi mosque, the original Vishwanath Mandir.

Our Lord is there, waiting for us. pic.twitter.com/rtyUKYJTvh