These days some pictures are being shared on social media. In which a mosque is being broken with JCB machine. 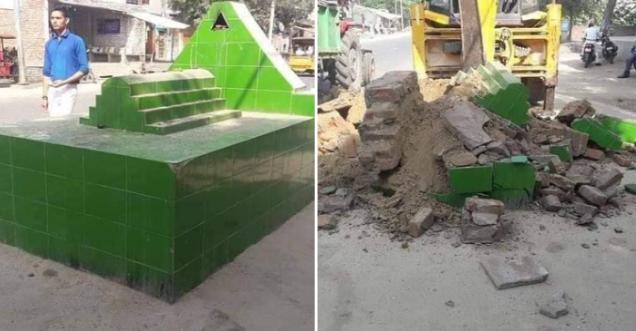 News Verification: Our team first searched the image on Google and Yandex to know the veracity of the picture, then we found these images in many tweets of 2020 where the claim was similar to the viral claim. Also we found a report of October 2018 by The Times of India. The article mentioned that as per an order of the National Green Tribunal, "encroachment" is being removed from the temples of Giriraj Parvat and Govardhan Parikrama area of ​​Mathura district.

Interestingly, the TOI article itself reads, "The order further states that any "samadhi" falling in the existing land is not to be removed." Overall, let us tell you that these pictures are four years old. Meaning it has nothing to do with recent events.