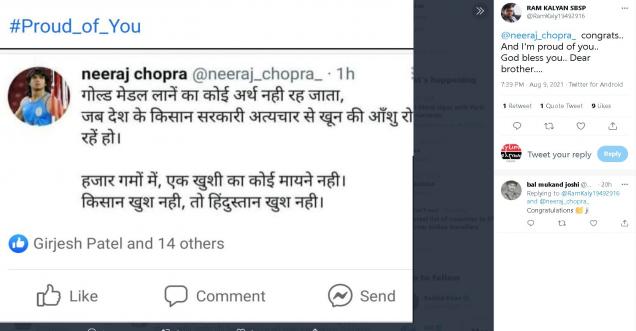 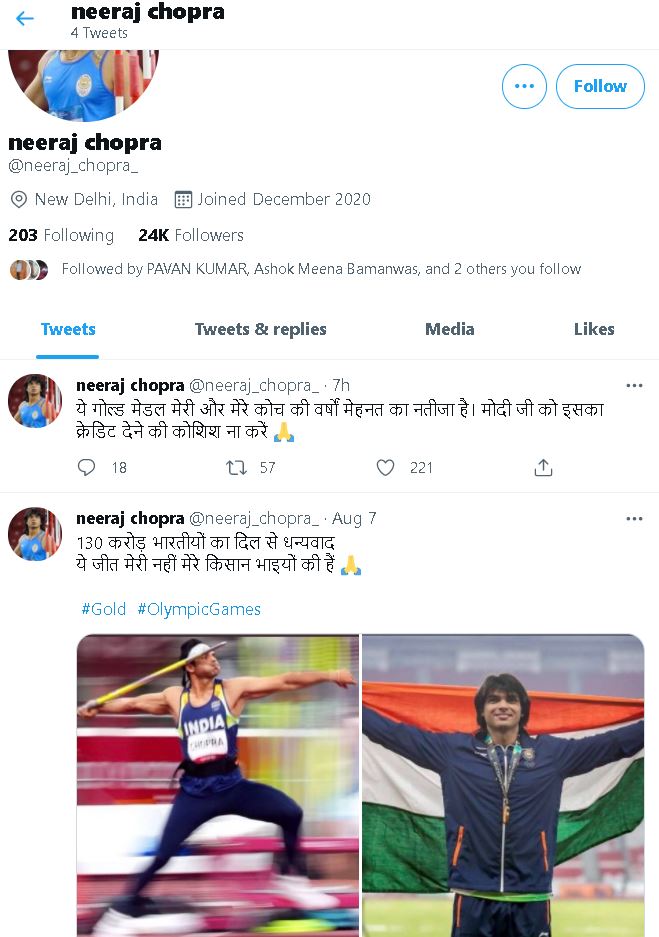 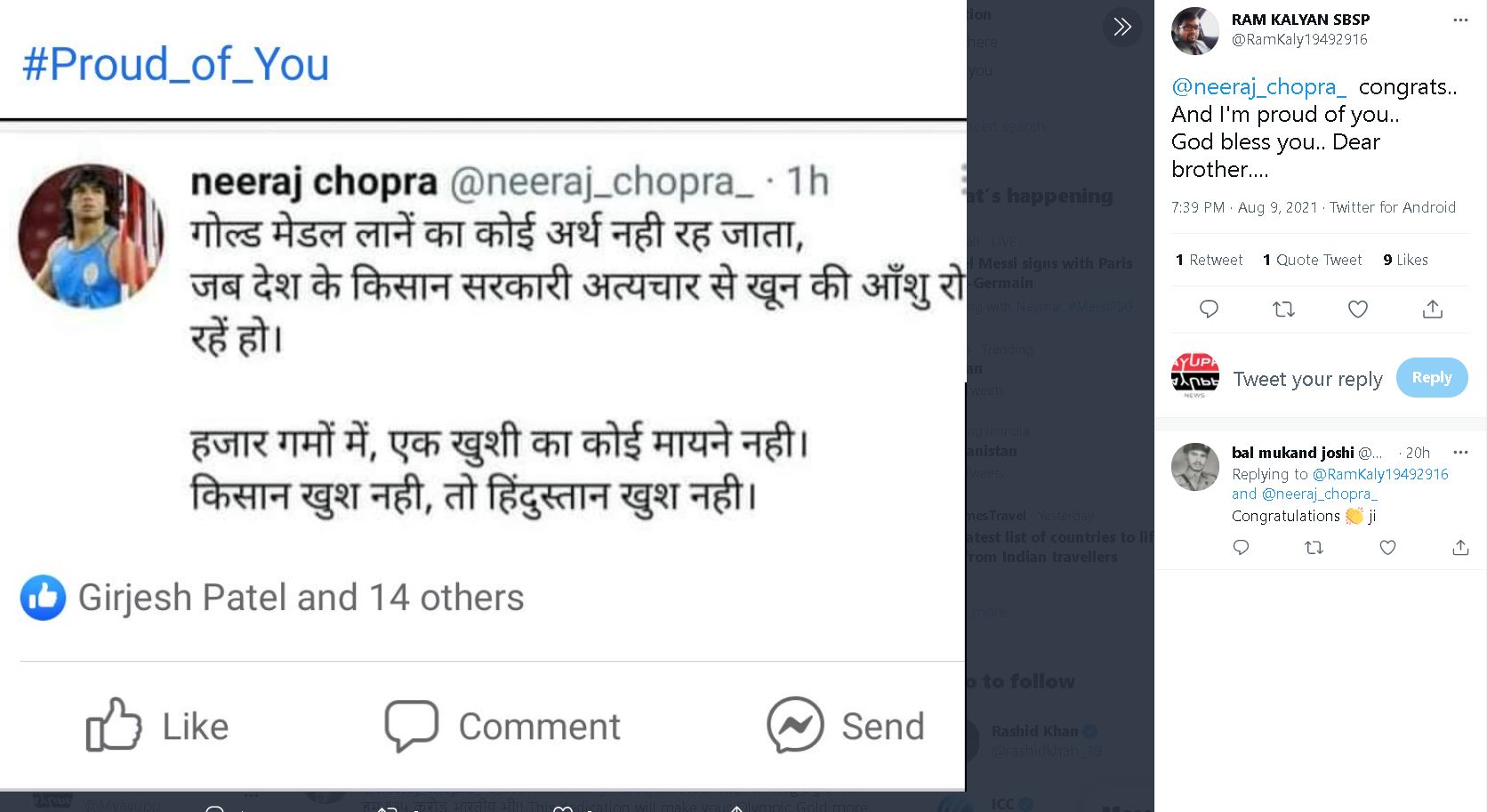 @neeraj_chopra_ congrats..
And I'm proud of you..
God bless you.. Dear brother.... pic.twitter.com/U2twaO3j0l

News Verification: Numerous Twitter and Facebook handle has been created in the name of Neeraj Chopra. He won the gold medal at the 2020 Tokyo Olympics and became the first track and field athlete to win a gold medal for India at the Olympics.

Most of the twits shared on Social Media are pro farmer’s agitation going on in and around Punjab and New Delhi. More people not only joined the fake Twitter handle, but they also liked the support of Neeraj. However, none of the tweets was from the Gold Medalist.

Below is the screenshot of the original Twitter handle of Neeraj 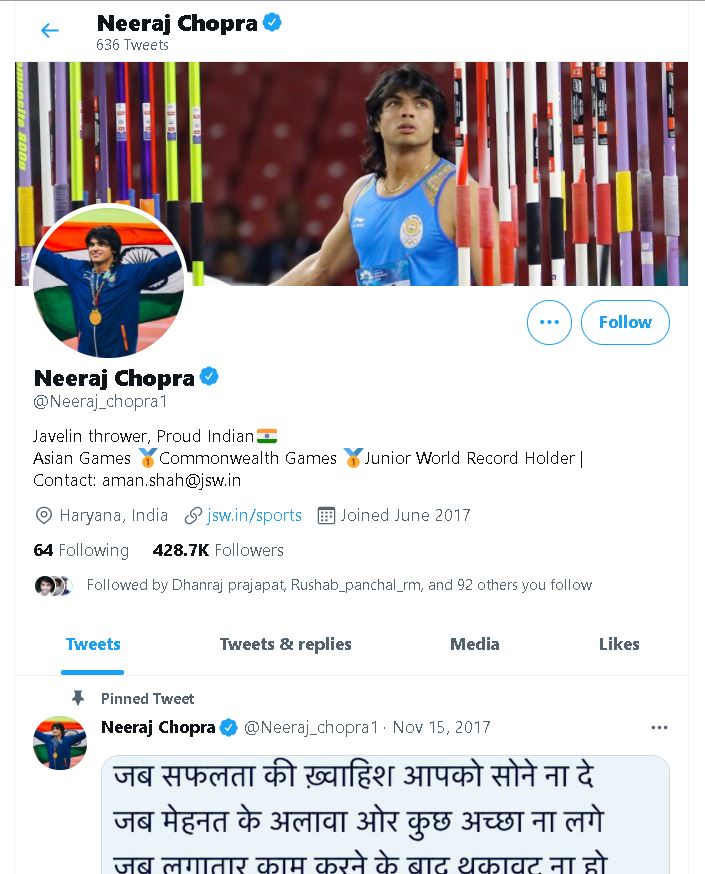 We further searched for the Fake handle and found some users already pointing to the fact that it is not a real account. One user twitted and wrote, “Earlier this handle was being run under the name Zara (zara_sharif_). Seeing the opportunity, Neeraj Chopra became. Twitter ID: 1339895042933104642” 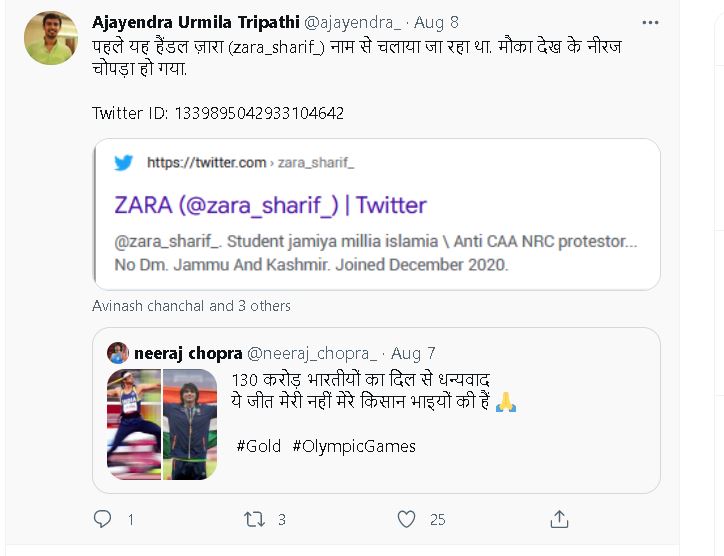 We further searched for @zara_sharif_ account and found that it no longer exists. However searching for cached versions over the internet, we found some interesting facts.  We found a profile as, “Student Jamiya Millia Islamia \ Anti CAA NRC protestor... No Dm 🙏”

The Twitter IDs of both @zara_sharif_ and @neeraj_chopara_ are the same and hence of the same person. 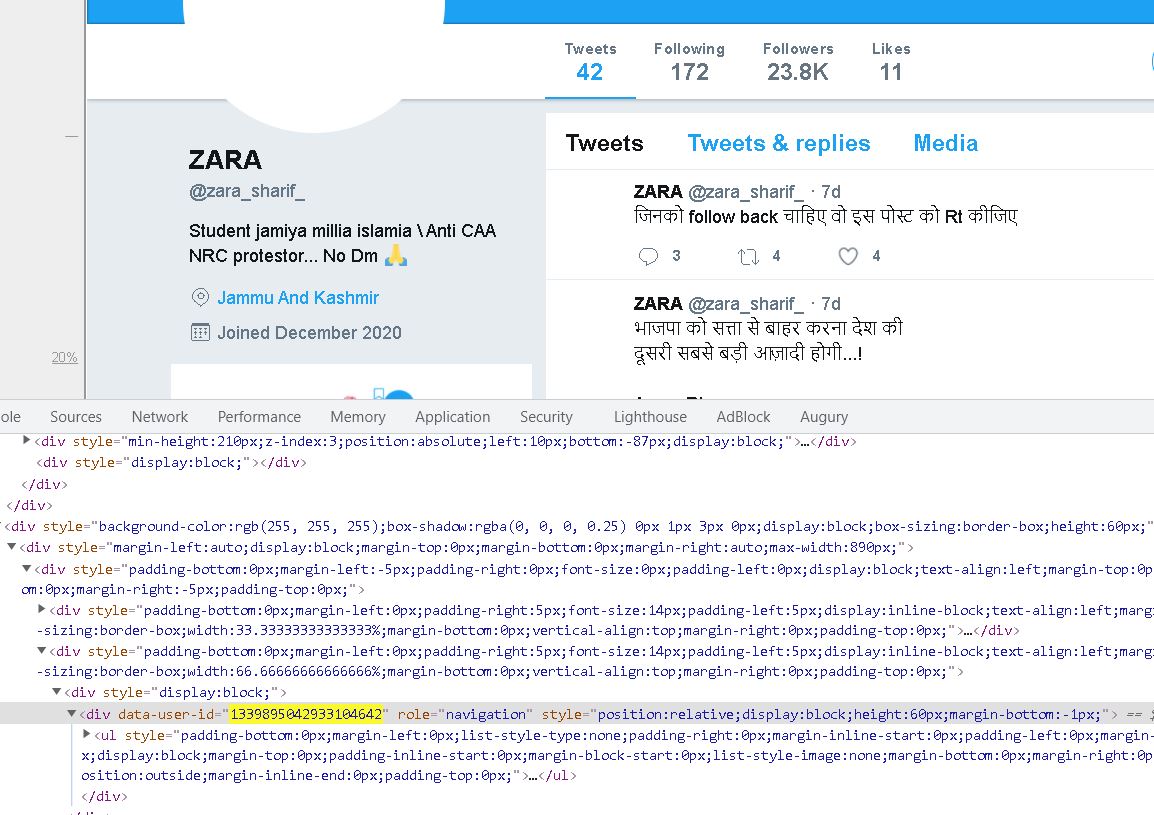