A Video viral on Social media showing a man trying to suffocate another man, in a hospital bed. 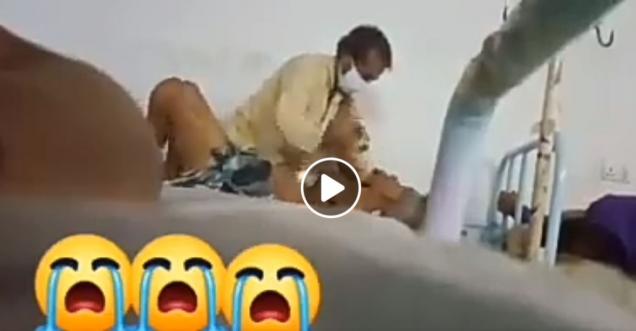 News CLAIM: A Video viral on Social media showing a man trying to suffocate another man, in a hospital bed.

TRUTH & Verification:  A video showing a masked man trying to suffocate another man, the video looks to be from a Hospital Bed. The men in the video can be seen trying to object the other person's hand and suffocating the person by closing his nose and mouth.

The video has been viewed by over 25000 on Social Media.

SM Shamim: It has been alleged that 70-year-old Mansur Mollah was strangled to death in a hospital bed to trap his opponent.

It is learned that a fight broke out between the two parties on April 21 in the afternoon at Dadpur village of Boalmari police station. Several people on both sides were injured.

Meanwhile, the injured Munsur Mollah (60) was taken to Boalmari Upazila Health Complex for treatment and the on-duty doctor transferred him to Faridpur District Sadar Hospital. Later, on the morning of April 22, Mansur Mollah died at the hospital.

Meanwhile, after the death of Mansur Mollah, a group of 30-35 people led by Sirajul Islam alias Jaku Sardar, including Sabbir Sardar and Babul Sardar, raided 19 houses of the other party, vandalized them and looted goods worth around Tk 83 lakh including cash.

The video is from Bangladesh and not India.