Fraudulent and suspicious advertisements for recruitment of AYUSH professionals 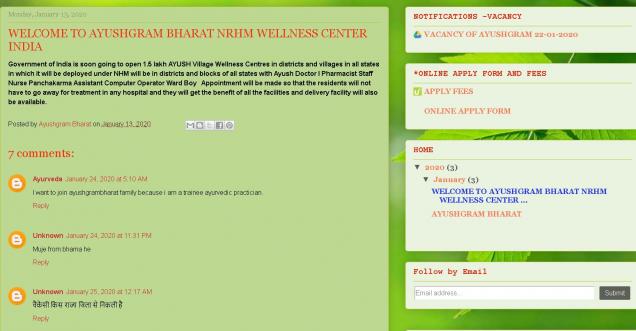 Government of India is soon going to open 1.5 lakh AYUSH Village Wellness Centres in districts and villages in all states in which it will be deployed under NHM will be in districts and blocks of all states with Ayush Doctor I Pharmacist Staff Nurse Panchakarma Assistant Computer Operator Ward Boy   Appointment will be made so that the residents will not have to go away for treatment in any hospital and they will get the benefit of all the facilities and delivery facility will also be available.

News Verification: The public in general and AYUSH professionals, in particular, are hereby cautioned that in recent past, some fraudulent/ suspicious advertisements for recruitment of AYUSH professionals have come up in the electronic media which seek to draw out payment in the form of “Registration Fees” etc. from gullible individuals. Such fraudulent/ suspicious notices are issued typically by agencies with misleading names that sound like government bodies and seek to elicit payments (described as “fees” of various types) through online payment methods.

One such fraudulent/ suspicious advertisement that has come to the notice of the Ministry of AYUSH, Government of India appeared on the blog-publishing platform “Blogspot” in the name of AYUSHGRAM BHARAT, which claims to be the NRHM WELLNESS CENTER INDIA. The link to the advertisement is https://ayushgrambharat.blogspot.com/2020/01/welcome-to-ayushgram-bharat-nrhm.html

While the Ministry of AYUSH will seek appropriate administrative and legal action in the matter, the public in general and AYUSH professionals, in particular, are hereby requested to note that the recruitment process followed by the Ministry of AYUSH and its subordinate organizations always follow the formal procedures prescribed by the Government of India, and are accompanied by formal announcements in the official websites (which are hosted on the NIC/ gov.in platform) of the respective organizations.

The Ministry hereby cautions all concerned that the Ministry of AYUSH has no connection whatsoever to the aforesaid recruitment announcement by individuals/recruitment agencies who are misguiding job-seekers by promising them government positions. Further, they are also seen to be unauthorisedly using logo/ images belonging to the Government of India as well as fake address similar to that of the Ministry to mislead the people.

The public in general and AYUSH professionals, in particular, are hereby advised to kindly cross-check the facts stated in such advertisements and verify the identity/ authenticity of individuals/recruitment agencies who issue such advertisements, before responding to them. 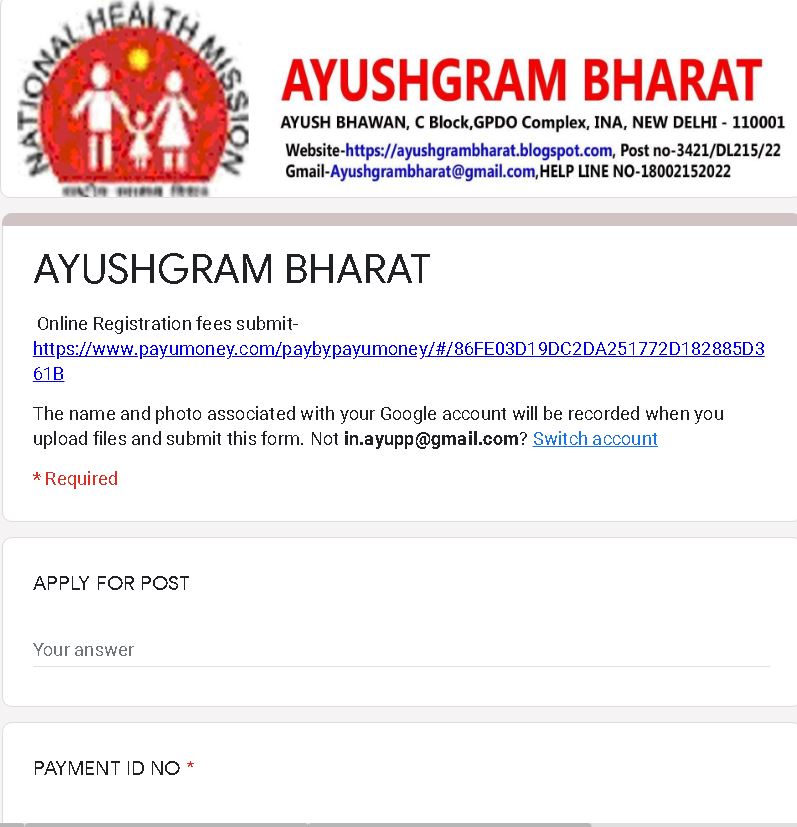