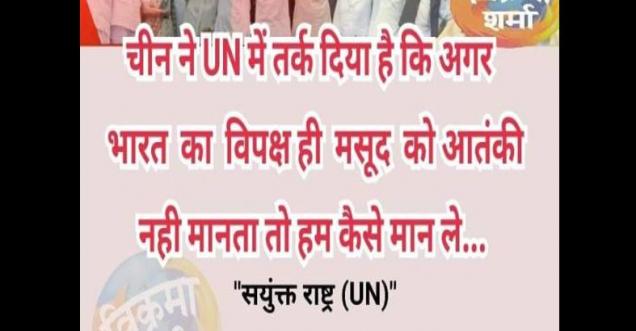 Viral Claim: A fake message on the social media claims, Chinese president Xi Jinping claim at UN “China has said in the United Nations (UN) that if the Indian Opposition does not consider Masood Azhar a terrorist why should they designate him a global terrorist”

No china has never claimed that “If India Opposition does not accept consider Masood Azhar as a terrorist than why should we designate him as a global terrorist”.

The news shared in social media is widely fake and also widely being shared by the pro right wing supporters.

As per economictimes, China blocks Masood Azhar's listing as global terrorist for the fourth time. China has for the fourth time blocked (put a technical hold) a proposal at the United Nations to designate Jaish-e-Mohammad chief Masood Azhar as a global terrorist. Standing solidly behind its ‘Iron Brother’ Pakistan, China ignored international efforts to clamp down on cross-border terrorism.

We did not find any relevant information on any Chinese media, supporting this claim.

Hence we consider this news as fake. 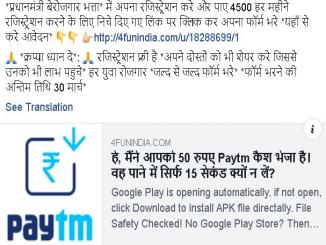 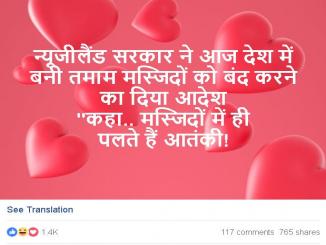 Did New Zealand ordered shut down of all mosques, viral on social media