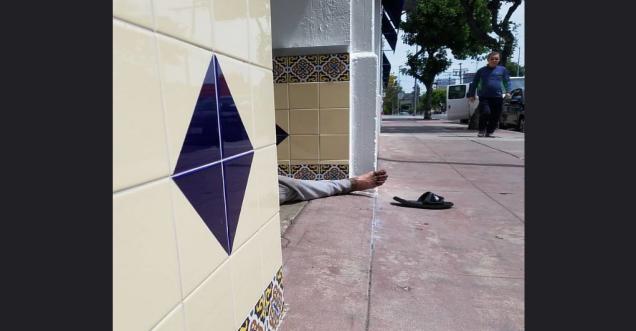 'Safe' parking lots give California's homeless a lifelineIncreasing numbers of homeless people in California are living in their vehicles amid the ongoing affordable housing crisis. Advocacy groups have opened up "safe parking lots" designed to let the homeless sleep in their cars without fear of being removed.

News Verification:  The amount of homeless people living in California increased 16.4% since 2018, according to the U.S. Dept. of Housing and Urban Development. The homeless population in California is 151,278 people in the last official count performed by HUD.

The reference of the HUD website is currently not available, however you can view the archive content at, http://archive.is/nBJSL, The content describes all the information shared by all the other websites and media houses including CNN is true.

WASHINGTON - Ahead of the release of the 2019 Annual Homelessness Report to Congress, U.S. Department of Housing and Urban Development (HUD) Secretary Ben Carson certified data related to the study. While the rest of the country experienced a combined decrease in homelessness in 2019, significant increases in unsheltered and chronic homelessness on the West Coast, particularly California and Oregon, offset those nationwide decreases, causing an overall increase in homelessness of 2.7 percent in 2019, according to the latest national estimate by the U.S. Department of Housing and Urban Development. The study found that 567,715 persons experienced homelessness on a single night in 2019, an increase of 14,885 people since 2018. Meanwhile, homelessness among veterans and families with children continued to fall, declining 2.1 percent and 4.8 percent, respectively, in 2019.

There is significant local variation reported from different parts of the country. Twenty-nine states and the District of Columbia reported declines in homelessness between 2018 and 2019, while 21 states reported increases in the number of persons experiencing homelessness. Homelessness in California increased by 21,306 people, or 16.4 percent, which is more than the total national increase of every other state combined.

"As we look across our nation, we see great progress, but we're also seeing a continued increase in street homelessness along our West Coast where the cost of housing is extremely high," said HUD Secretary Ben Carson. "In fact, homelessness in California is at a crisis level and needs to be addressed by local and state leaders with crisis-like urgency. Addressing these challenges will require a broader, community-wide response that engages every level of government to compassionately house our fellow citizens who call the streets their home."

HUD's national estimate is based upon data reported by approximately 3,000 cities and counties across the nation. Every year on a single night in January, planning agencies called "Continuums of Care," (COC) along with tens of thousands of volunteers, seek to identify the number of individuals and families living in emergency shelters, transitional housing programs, and in unsheltered settings. These one-night 'snapshot' counts, as well as full-year counts and data from other sources (U.S. Housing Survey, Department of Education), are crucial in understanding the scope of homelessness and measuring progress toward reducing it.

On a single night in January 2019, state and local planning agencies (Continuums of Care) reported:

Homelessness among veterans is half of what was reported in 2010. Last year alone, the number of veterans experiencing homelessness declined by 2.1 percent. These declines are the result of intense planning and targeted interventions, including the close collaboration between HUD and the U.S. Department of Veterans Affairs (VA). These agencies jointly administer the HUD-VA Supportive Housing (HUD-VASH) Program, which combines permanent HUD rental assistance with case management and clinical services provided by the VA. This year, more than 4,400 veterans, many experiencing chronic forms of homelessness, will find permanent housing and critically needed support services through the HUD-VASH program. An additional 50,000 veterans found permanent housing and supportive services through VA's continuum of homelessness programs.

Local communities continue to report declines in homelessness among families with children in the U.S. In January of 2019, there were 53,692 family households with children experiencing homelessness, a decline of five percent between 2018 and 2019 and of 27 percent between 2007 and 2019. Following HUD's guidance and data-driven evidence and best practices, local planners are increasingly relying upon interventions to move families into permanent housing more quickly and at lower cost. Communities are using more robust coordinated entry efforts, which has proven to be an effective response in helping families experiencing temporary crises, as well as those enduring the most chronic forms of homelessness.

Long-term or chronic homelessness among individuals with disabilities grew 8.5 percent since 2018 while falling 9.4 percent below the levels reported in 2010. This longer trend is due in large measure to more permanent supportive housing opportunities available for people with disabling health conditions who otherwise continually cycle through local shelters or the streets.

As per washingtonpost, A decline in homelessness in 29 states, as well as the District of Columbia, was offset by a spike in California of 21,000 people, or 16.4 percent.

As per apnews report, In the January 2018 count, almost 553,000 people were counted as homeless. That number rose to about 568,000 this year. That means it is an increase of about 15000 in total. While the overall homeless count increased, there continued to be pockets of progress. The HUD count found 37,085 homeless veterans, a decline of 2.1% from 2018.

CNN claims HUD data stating, the homeless population increased in California by 21,306 people between 2018 and 2019, accounting for more than the entire national increase. 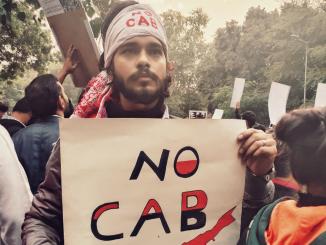 When thrones will vanish, only Allah's name will remain, Is Faiz Ahmad Faiz’s poem anti-Hindu 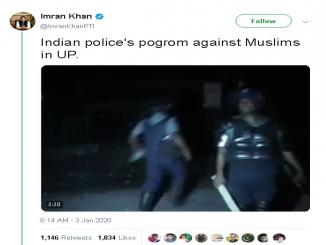