Did UP government order for special exams for 10th, 12th students 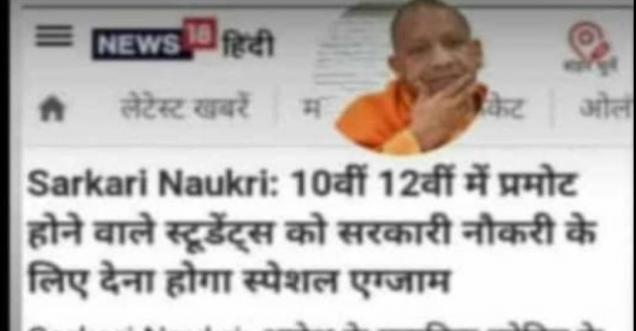 News Claim: Multiple screenshots viral on social media claimed that the UP government under Yogi Adityanath to give Government jobs: Students promoted who have been promoted in 10th, 12th, only after clearing special exams” 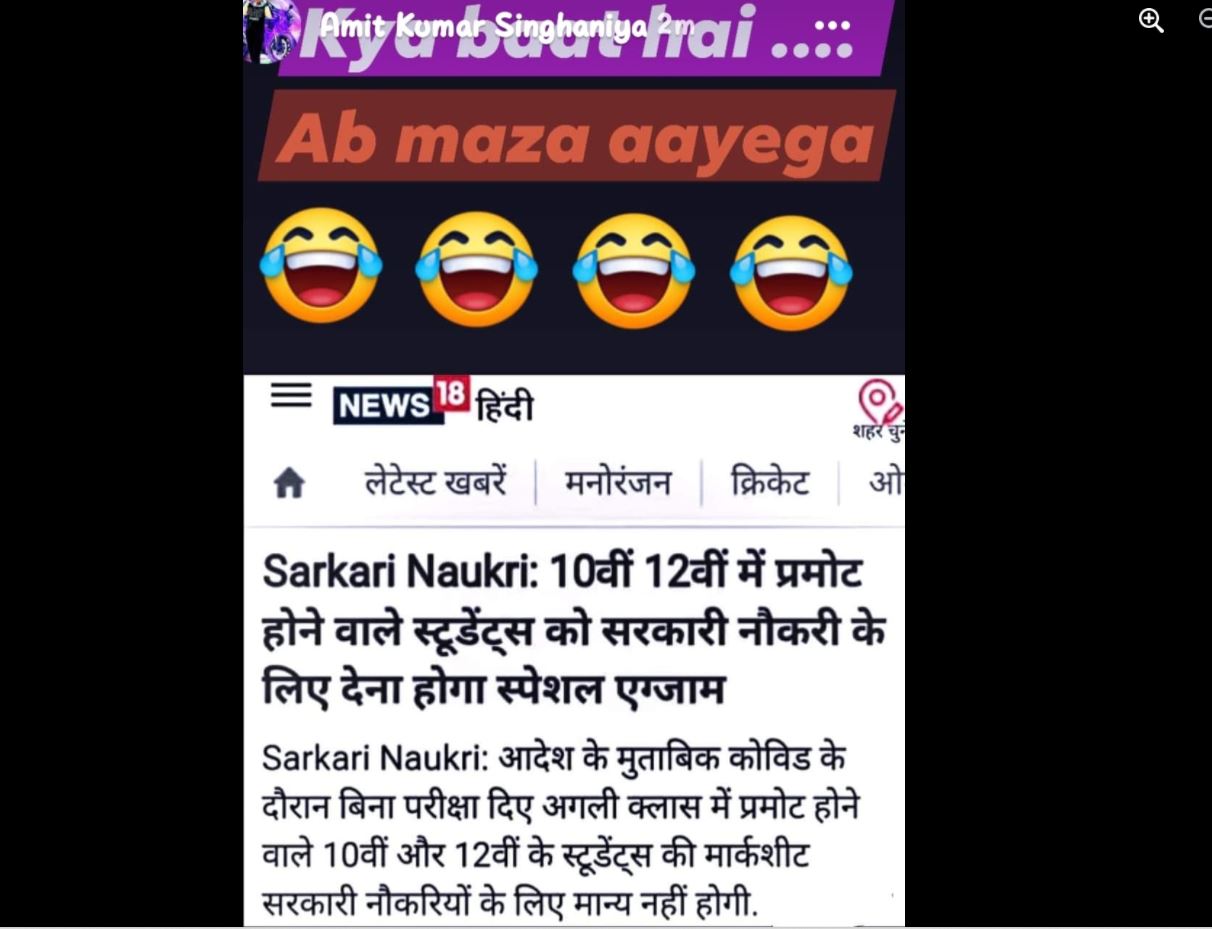 The photo is viral on Social Media.

News Verification: The state is going for election in early 2022.   The viral message claiming that the Uttar Pradesh CM Yogi Adityanath has passed such a law is not correct. We did not find any official statement by the state government for any such orders as the viral picture in social media.

The information is correct; however, it was not from Uttar Pradesh. As per Hindi news18, such a law was passed by the Assam government. According to the order of the Assam government, students of class 10th and 12th, who are promoted to the next class without taking any examination during Kovid, may have to take a special examination.

Actually, according to the new order, the mark sheets of 10th and 12th students who are promoted to the next class during Kovid without taking the exam will not be valid for government jobs. This order has been issued by the Assam government. For this, the evaluation policy has been set by the government for the students of these classes. According to the order, students willing to apply for future jobs to be provided by the state government will have to appear in a special exam.

When all the students and students union of Assam opposed this rule, the government withdrew it in July.

The Assam government has already cancelled the proposed special board exams that were proposed for students who were unhappy with the evaluation formula presented by the two hi-powered committees for the Class X and XII state board examinees.

News verdict: Half true, this was earlier passed by the Assam Government