Few users shared an edited picture, claiming that of men urinating on the picture of PM Narendra Modi and that of Us president Donald Trump. 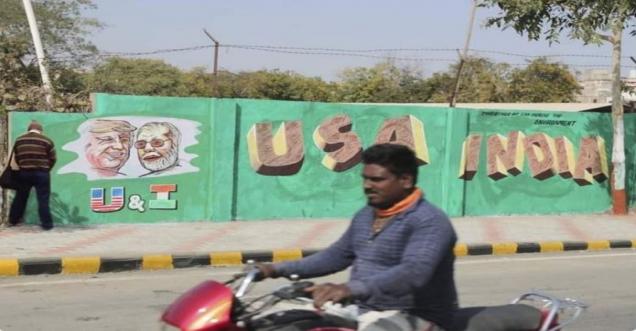 Multiple Fake news claims-: Few users shared an edited picture, claiming that of men urinating on the picture of PM Narendra Modi and that of Us president Donald Trump.

News Verification: Many of us when we are young we often play the games of finding the difference between a seat of two pictures given to us. The same thing is applicable in these pictures as well. It is easy to find the difference.

As be seen there is a huge difference between these two pictures, the text below the image gives us all the information. In the original picture, the picture of trump and Pm Modi can be seen with half mobile number, 09098888 and above written as you are not allowed to do the toilet here. The same is for all the other pictures, they all have some text inscribed in it. The tree in both the picture is the same.

However, in the viral picture, the entire text is missing and the text below the original image has totally changed even.

The US President Donald Trump will be visiting India on February 24 and 25, starting from Gujarat, he will visit Prime Minister Narendra Modi's there in the PM's home state Gujarat.

Ahmedabad has been fully decked up to host US President Donald Trump, First Lady Melania Trump and a 12-member delegation from the US, including the trump’s daughter Ivanka Trump and son-in-law Jared Kushner.

Gujarat: Security tightened at Sabarmati Ashram in Ahmedabad, where US President Donald Trump and the First Lady Melania Trump will visit tomorrow. pic.twitter.com/0if5WiPjyI

It is an honour that he will be with us tomorrow, starting with the historic programme in Ahmedabad!

It is an honour that he will be with us tomorrow, starting with the historic programme in Ahmedabad! https://t.co/fAVx9OUu1j

So the pictures are not real and edited.