As per bleacherreport , The pictures are of Ronda Rousey. As shared by WWE wrestler Becky Lynch in February 2019 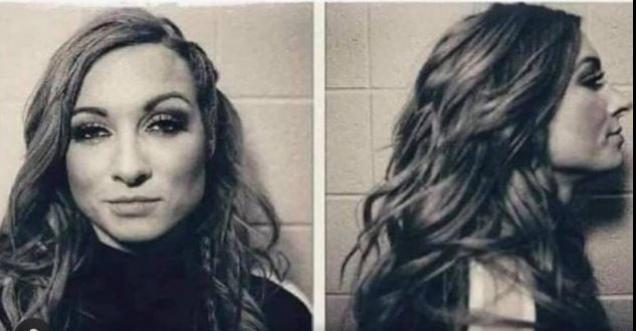 News Claim: A mugshot viral in social media claiming, A Florida woman has been accused of driving a motorized shopping cart through a Target while drinking wine from the bottle and eating sushi and cinnamon rolls.

Truth and Verification: This story above is fake. It was really part of a storyline leading up to the main event of Wrestlemania last year. There is a similar Facebook post-viral for 5 years,. The content on the current viral post is almost from the old tweeted post.

The old post on Fox 4 contains, “A Florida woman has been accused of taking methamphetamine and driving a motorized shopping cart through a Wal-Mart while drinking wine and eating sushi and cinnamon rolls.”

As per bleacherreport , The pictures are of Ronda Rousey. As shared by WWE wrestler Becky Lynch in February 2019

Ronda, you go back and get that BELT because I didn’t come this far to collect it from Stephaine. I came all this way to take it from you. pic.twitter.com/ap3Q6cBRP2