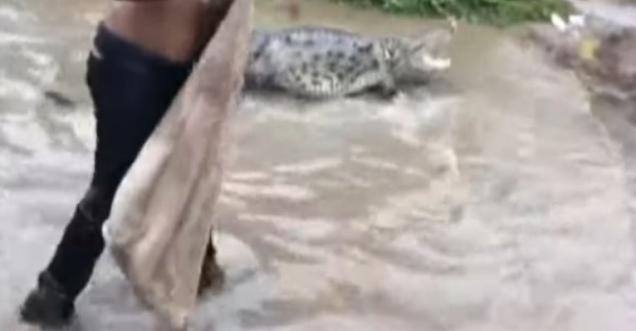 News Claim: A two-month-old video of a crocodile rescued in Vadodara, Gujarat was shared with the false claim that the reptile was spotted in a locality in Patna, Bihar in the ongoing downpour.

Alligator (ghariyal) found in Rajendra Nagar of patna city. People are devastated but the alligator is more than devastated

Alligator (ghariyal) found in Rajendra Nagar of patna city.
People are devastated but the alligator is more than devastated#PatnaRains #patnafloods #patnaraindisaster pic.twitter.com/ViZ8mEk0JR

Alligator has been seen  in rajendra nagar of patna!!@Paytm @bihargov @akshaykumar

Requesting you all plzz help the people of Bihar

Alligator has been seen in rajendra nagar of patna!!@Paytm @bihargov @akshaykumar
Requesting you all plzz help the people of bihar pic.twitter.com/OrABEHrQJ4

Facts Check Analysis: A video of a crocodile shared on social media claiming to be from Rajendra Nagar, Patna is actually from Vadodara.

The Times of India, has uploaded the video on Aug 4, 2019 titled as,  “Vadodara rains: Crocodiles terror continues as more enter residential complex due to waterlogging”. It further reported, Due to waterlogging by the ongoing heavy rains, further incidents of crocodiles entering Vadodara’s housing complexes have been recorded. Following last week’s viral video of a crocodile attacking a dog inside Lalbaug’s Rajsthamb society, a team of rescuers captured another reptile at night from the entrance of a house. Meanwhile, a 10-foot-long crocodile gave a hard time to forest officials at a society in Vadsar. As the water levels rise in the Lalbaug lake, crocodiles come out and enter the housing societies adjacent to it.

NDTV also reported the video as, Battered by heavy rain, Gujarat's Vadodara saw a dramatic "rescue" on this week - not of humans or pets caught left stranded by rising water levels, but that of a crocodile. Four people have been killed and thousands evacuated after record rain in Gujarat's Vadodara. The city received 500 millimeters of rain in 24 hours. Overflowing rivers brought crocodiles out on streets, creating a frightening situation for residents. 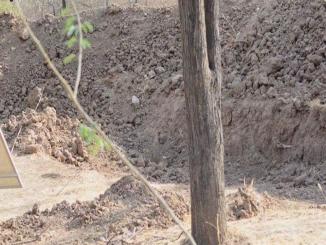 You can bet someone to find the leopard in the picture, I bet you can't 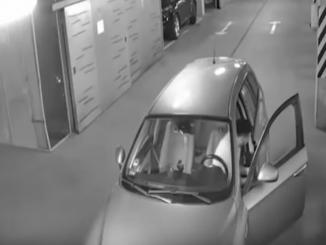