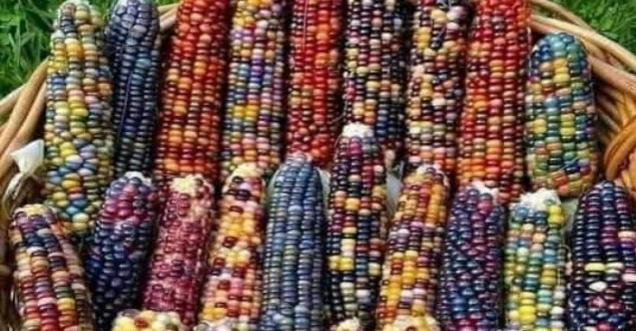 News Claim: A picture is becoming increasingly viral on social media. In the picture, corn cobs of different colours are seen in a basket. The colour of the grains of this corn is also different. It is being claimed that this type of maize is being cultivated in the northeastern state of Nagaland.

Viral message on WhatsApp today & other Social Media: Watch the below news viral

News Verification: The above video stating of a 6 years old girl is not from India.

Ayupp then ran a keyword search with the image, found in the investigation of the viral claim that this picture is actually not of Nagaland but of Melbourne city of Australia. The name of the farmer who grew it and took the photo is Peter. He runs an Instagram handle named Insta.Greener.

The image was uploaded on Instagram by the user, insta.greener, on 24th April 2021.

The picture shared is real, and the corn’s are called Glass Gem corn. Generally, the grains of this corn grown in America are of different colours. With the peel, this corn looks like normal corn from outside. But if you remove the skin, then white, yellow, red, orange, pink and black grains are seen on the same corn. At first glance, it looks like decorative corn, but it is real corn. It is also called rainbow corn because of its different colour of grains.

News verdict: The corn seen in the picture going viral is not grown in India but in Melbourne, Australia. This variety of corn grown by a farmer named Peter is called Glass Gem Corn. It is also being cultivated in Hyderabad and Kerala of India.