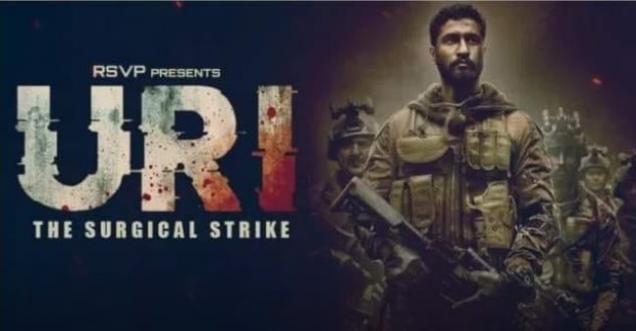 Viral Claim: The viral message claims that URI, Tax free in Pakistan. Imran Khan has made the movie tax free so that Pakistanis can understand and anticipate the future plans of the Indian Army in detail.

Imran Khan announced that movie will be made tax free and Pakistan armymen have to watch it on the first day itself. Pakistan Army general has also asked the key officials of Pakistan army to submit a ten-page detailed report of learnings from the movie

Facts Check Analysis: No URI has not been declared tax free in Pakistan, as claimed in the viral message and highly shared on the social media as well.

The news was posted by thefauxy. A website about us section read as “TheFauxy is a Satire Web Portal, earlier known as FaultNews. Content of this website is a work of fiction. Readers are advised not to confuse the articles of TheFauxy as genuine and true.”

Vicky Kaushal's Uri: The Surgical Strike has created another record by surpassing the collections of SS Rajamouli's Baahubali 2: The Conclusion (Hindi version). As per to a tweet by trade expert Taran Adarsh, Uri has raked in Rs 2.12 crore, Rs 4.67 crore and Rs 5.58 crore during its fifth Friday, Saturday and Sunday respectively. Prabhas's Baahubali 2 had earned Rs 1.56 crore, 2.25 crore and Rs 3.16 crore during its week five's Friday, Saturday and Sunday respectively.

It is fake news; URI has not been declared tax free in Pakistan.