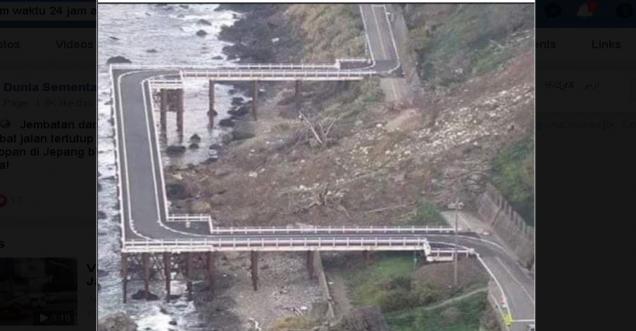 Viral messages on social media: A image widely shared across all the countries and in all the languages on Social media claiming a Road constructed in Japan within 24 hours. Below are some of the viral messages Being shared

Emergency road constructed in Japan within 24 hrs so as to maintain flow of traffic after the main one was being covered by landslide.

How many hours will this be fixed in your country?

Technology... and the responsibility of the government.. Blends all misfortune can be quickly overcome.. Society is happy nang nanggg

Facts Check Analysis: The beautiful image shared widely by people assuming this to be true is not correct. They all have fallen into prey of false news.

The road was not build in 24 hours, but was build in four months after landslide damaged a highway in Fukui city, Japan in July 2018.

As per fukuishimbun, The U-shaped road is completed and national road traffic resumes, published on November 1, 2018 7:00 am

Due to the landslide caused by heavy rain in July, a temporary road was completed on National Highway No. 305, which had been closed between Akasaka-cho and Ikura-cho, Fukui City, Fukui Prefecture. It was done.

The temporary road bypasses the approximately 80-meter section of Ikura Town where earth and sand are blocking the road, so an iron post is raised to the sea side and connected to the national road. Extension 208m, width 6m. Traffic lights are installed at both ends, but it is possible to take a large sightseeing bus.

At 4 pm, when the road closure was lifted, the awaited residents and tourists went through the temporary road one after another. From November 1st, the Kyofuku Bus will operate the Amagasaki Line (Fukui Station-Echizenmisaki Daffodil Land), which had been turned back in Ikura Town, on a regular schedule.

According to the prefecture, the site in Ikura Town collapsed from a point of about 60 meters in height, and boulders over 7 meters prevented the restoration. When the city road was closed due to snow, the three villages in the city, Yatsusuji, Joari, and Akasaka, could be isolated, so they worked at a rapid pace and completed it for about two months.

From the results of the geological survey at the site, it seems that the earth and sand collapsed due to the sudden increase in groundwater on the slope due to heavy rain. The main line will be restored by the end of FY2019, such as by constructing it so that surface water does not penetrate.

Due to heavy rain on July 5-8, a large landslide occurred on National Highway No. 305 in Ikura-cho and Echizen-cho, Sagagahira, and about 10 km of the surrounding area was closed from the same day. Of this, about 5.1 km between Tamagawa and Akasaka Town, the earth and sand have been removed and one-way traffic is possible from August 2. Full-scale restoration of the same section is expected around next fall.

Below tweet from 30th October 2018, by a Japanese news agency ‘Yomiuri Shimbun’, the National Highway-305 blocked due to the landslides in July is set to open for traffic on October 31st through the newly constructed ‘U’ shaped bridge. The tweet even had aerial view photos of that newly constructed bridge.

Hence We can claim that the Bridge was not build in just 24 hours. 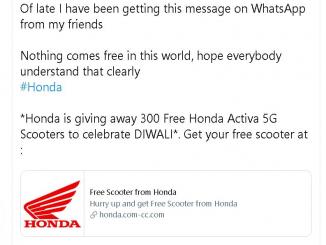 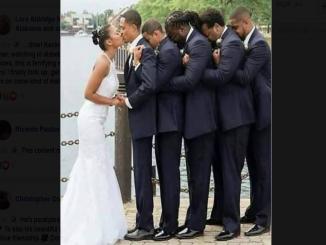