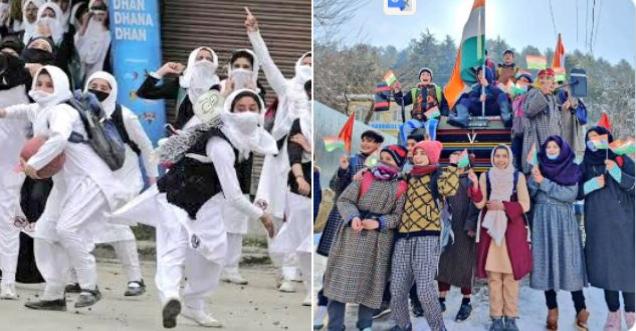 News Claim: Two pictures from Kashmir are viral on social media, one claiming to show stone pelter from the time when Congress was in power and the other while BJP is in power.

News Verification: The two pictures shown above in the viral category is widely shared on social media like WhatsApp, Twitter and Facebook.    The shared content says that these pictures are from two different times, once when the  Congress party was in power i.e. before 2014 and the other now when the BJP is in power. This information as said in the post is not true, both these pictures are from the time when the BJP is in power.

Using the reverse image search technique, we found that the first picture is from 2017. An image shared on the website Aljazeera points for the same date that it shows that it was in circulation since 26 April 2017. 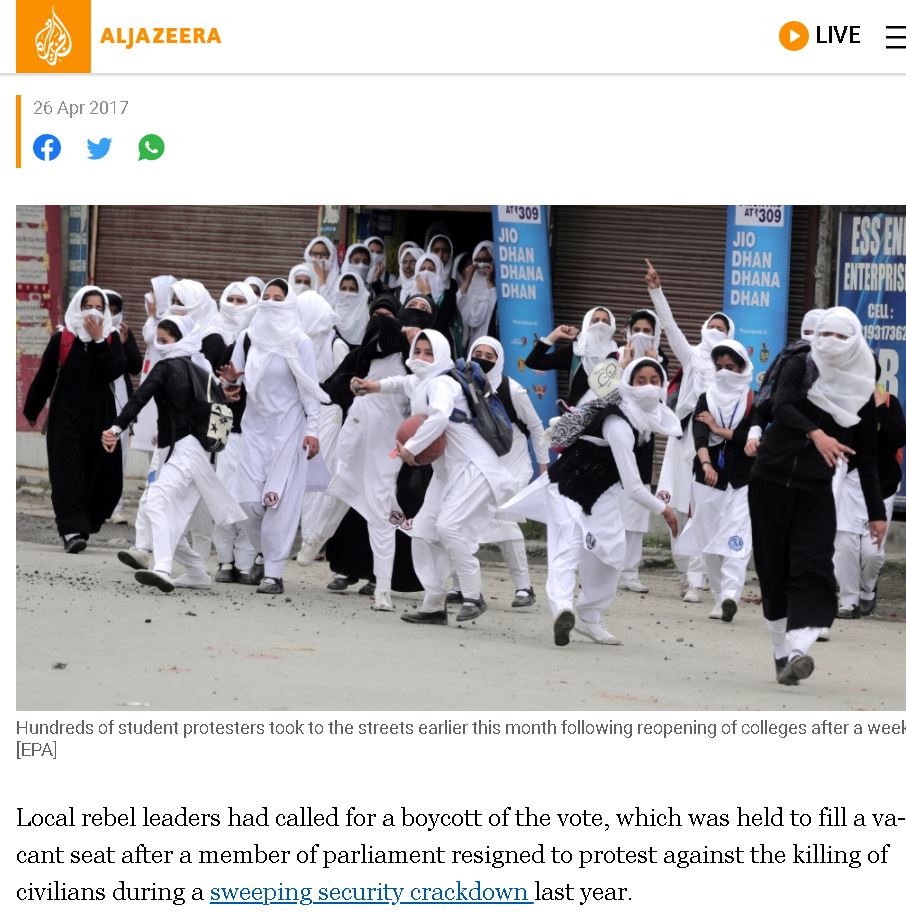 Hence the first image is not from the time when Congress was in power.

The other image of Children’s holding the tricolour is from recent times; however, we did not find any link to any websites to prove. This image was widely shared during the Initial months of 2021. We can see kids wearing a mask in the picture, which proves that it is recently being shot during the Covid-19 times.