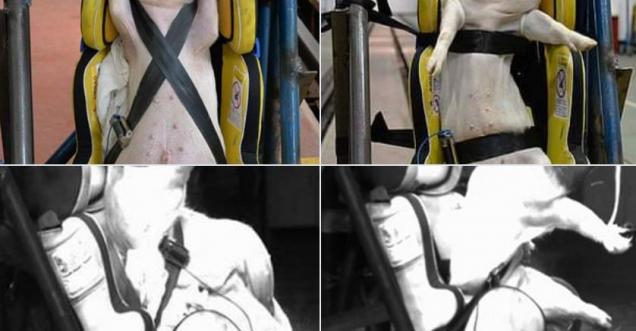 Fake news claim: Researchers in China have sparked outrage after it emerged they have been using live pigs as crash test dummies. 15 young pigs were strapped into car seats for high-speed simulations, with seven dying as a result of the crash.

Researchers in China have sparked outrage after it emerged they have been using live pigs as crash test dummies.
(Thread...)

Researchers in China have sparked outrage after it emerged they have been using live pigs as crash test dummies.
(Thread...????) pic.twitter.com/Lvv3GW4pSz

News Verification: This is a true information of pigs being used Crash Test dummies in China.

As per metro.co.uk, Fifteen pigs between 70 and 80 days old were starved for 24 hours before being strapped into children’s car seats and placed in high-speed simulations.

Seven of the animals were killed on impact – while the others only survived just six hours after the test, scientists wrote in a study published this year. The terrified pigs suffered a range of injuries including ‘abrasion, contusion, laceration, bleeding and fractures’.

‘Pigs don’t naturally sit up in car seats. Their anatomy is also very different from that of humans, so the data obtained from these horrific animal experiments aren’t applicable to human car-crash victims.

As per researchgate, To acknowledge better the thoracoabdominal injury of the pediatric restrained by the belts in front crashes, a total of 15 whole-body sled tests were performed, for 15 immature pigs corresponding to children aged 6 years old. The restraint methods were divided into three groups: Loading A, two parallel belts restraining chest and abdomen; Loading B, one diagonal belt and a lap belt; Loading C, double diagonal belts. Each subject experienced one test at an impact speed of 30 or 50 km/h, with a belt tension force sensor to determine the forces on chest, abdomen or diagonal belt. Detailed posttest necropsies were carried out for the animals post the test, and the thoracoabdomenal injuries were evaluated via the Abbreviated Injury Scale (AIS) and Injury Severity Score (ISS). The detected injuries were abrasion, contusion, laceration, bleeding and fracture. All animals sustained multi-injuries and the average ISS of the deaths was 37.0 ± 6.8. Lungs were injured most frequently, followed by spleens, and livers. The thorax experienced the MAIS 4 injuries at the chest belt forces ranging from 1.39 to 3.38 kN. The abdomen sustained the MAIS 2 injuries at the lap belt forces ranging from 0.97 to 1.26 kN, the MAIS 4 injuries from 3.07 to 3.43 kN. The chest MAIS 4 injuries occurred at the diagonal belt forces ranging from 1.88 to 2.50 kN, while the MAIS 4 at the forces from 3.13 to 3.44 kN. The results may be useful to learn the paediatric thoracoabdominal injuries, while the further studies concerning the paediatric injuries should be done in the future.

PETA contacted the nation’s Research Institute for Traffic Medicine and Daping Hospital to urge them to stop using live animals in crude car-crash tests. No regulations exist there that would require such horrific experiments to be performed.

Live pigs and dogs are pulverized in these tests, leaving them with broken bones and severe internal injuries before they’re killed and dissected.

Based on their own publications, it’s clear that China’s Research Institute for Traffic Medicine and Daping Hospital have conducted the following violent experiments: 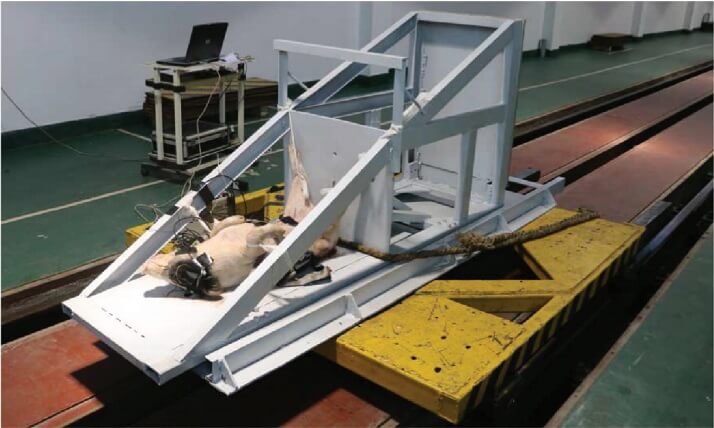 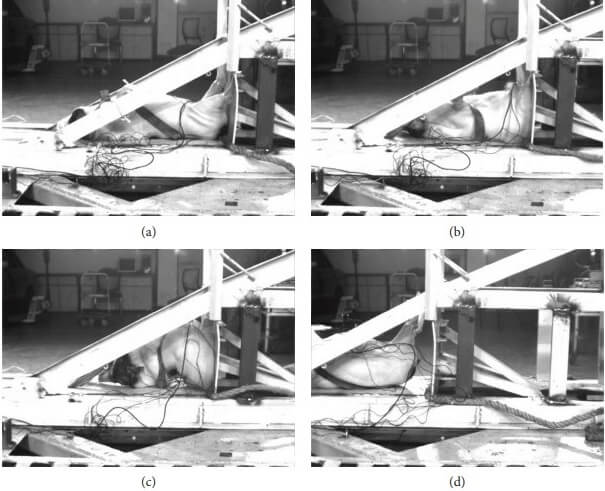 Live pigs used in horrendous crash tests conducted by China’s Institute for Traffic Medicine are slammed into walls, causing these intelligent animals to suffer severe injuries. Similar tests were ended by General Motors in 1993 after 18 months of a hard-hitting PETA campaign in which we pointed out both the cruelty and the scientific invalidity of such tests.

A live, sensitive, and intelligent pig at China’s Third Military Medical University (now known as the Army Medical University and affiliated with Daping Hospital) is barbarically tied down on a metal board and slammed into a solid wall in a poor attempt to mimic human injuries in a car crash.

PETA wrote a letter to China’s Research Institute for Traffic Medicine and Daping Hospital urging them to stop using live animals in such crude car-crash tests.