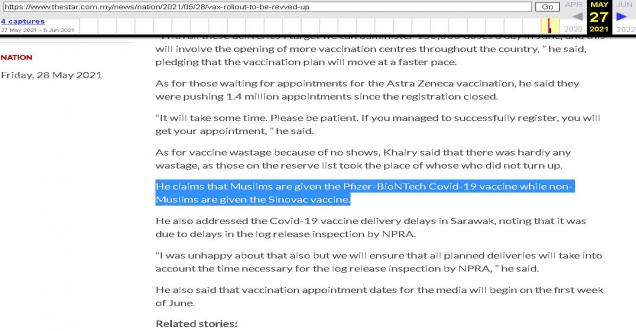 News Claim:: A photo of a newspaper article has been shared widely on social media alongside a claim that a Malaysian minister said Muslims and non-Muslims would be given different brands of Covid-19 vaccines.

Just received this info through our Makkal Kural WhatsApp group.

My question to the health minister khairy Why there is differential vaccine for non-muslims & Muslims?

I hope there is good explanation for this differential matter from KKM.

News Verification: The claim is misleading: the Malaysian newspaper issued a correction after it published an erroneous paragraph about Malaysia's Covid-19 vaccine rollout. The Malaysian minister has denied claims that Muslims and non-Muslims have been offered different brands of Covid-19 vaccine.

Currently, there are three vaccines available to Malaysians, from Pfizer-BioNTech, Sinovac and AstraZeneca.

The print edition of the article, “Vax rollout to be revved up,” was published by the Malaysian newspaper The Star on May 28, 2021. Earlier in the article, it was mentioned that “As for vaccine wastage because of no shows, Khairy said that there was hardly any wastage, as those on the reserve list took the place of those who did not turn up. 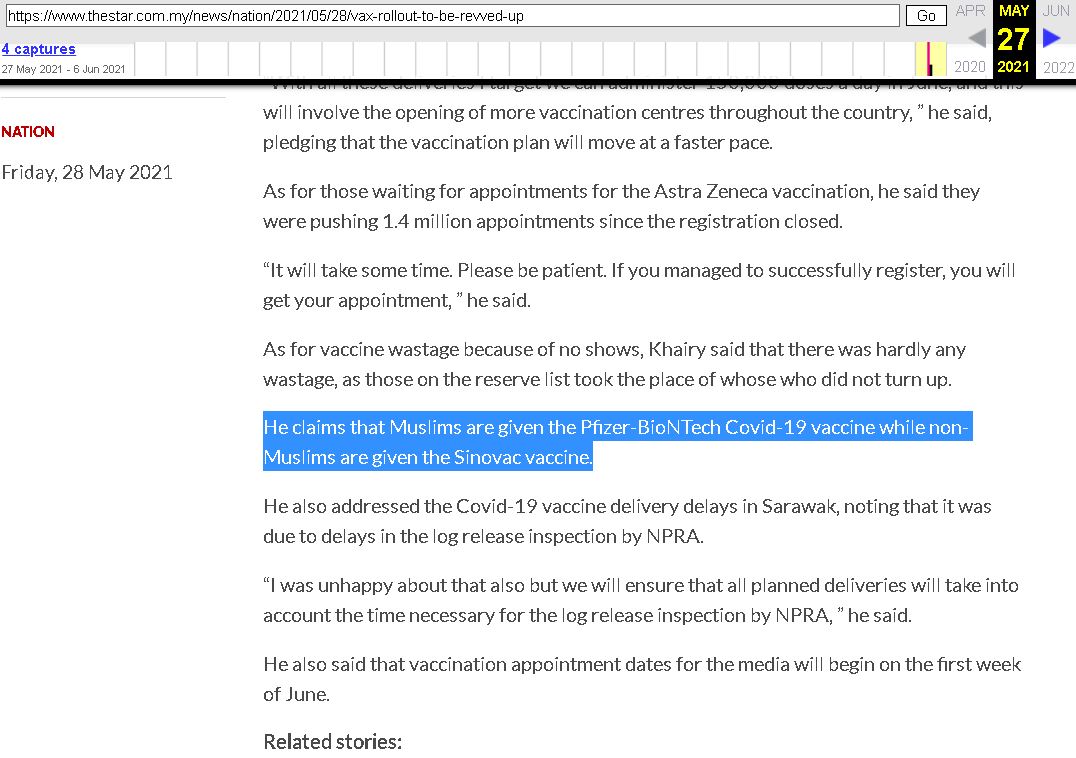 That version was archived here.

Later it was corrected, “Khairy had said on Thursday that there was no segregation according to religion or race but that the recipients were separated according to the type of vaccines they would receive to ensure there was no mistake.”