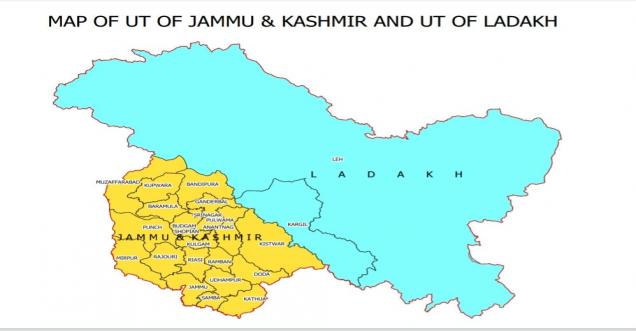 Fake news claim: PoK (Pakistan occupied Kashmir) will now not fall in the Jammu and Kashmir territory, instead it will be represented in Ladakh, so Ladakh having a larger area. With multiple circulations of India’s map, it is important to know the truth.

Below is the assumed New map of India with Kashmir

This is the new state and UT map of India from today. Historic day.

Quickly -
How many full states?
How many half states (with assembly but not a full state)?
How many Union Territories?

This is the new state and UT map of India from today. Historic day.

Quickly -
How many full states?
How many half states (with assembly but not a full state)?
How many Union Territories? pic.twitter.com/c5pWx7teLl 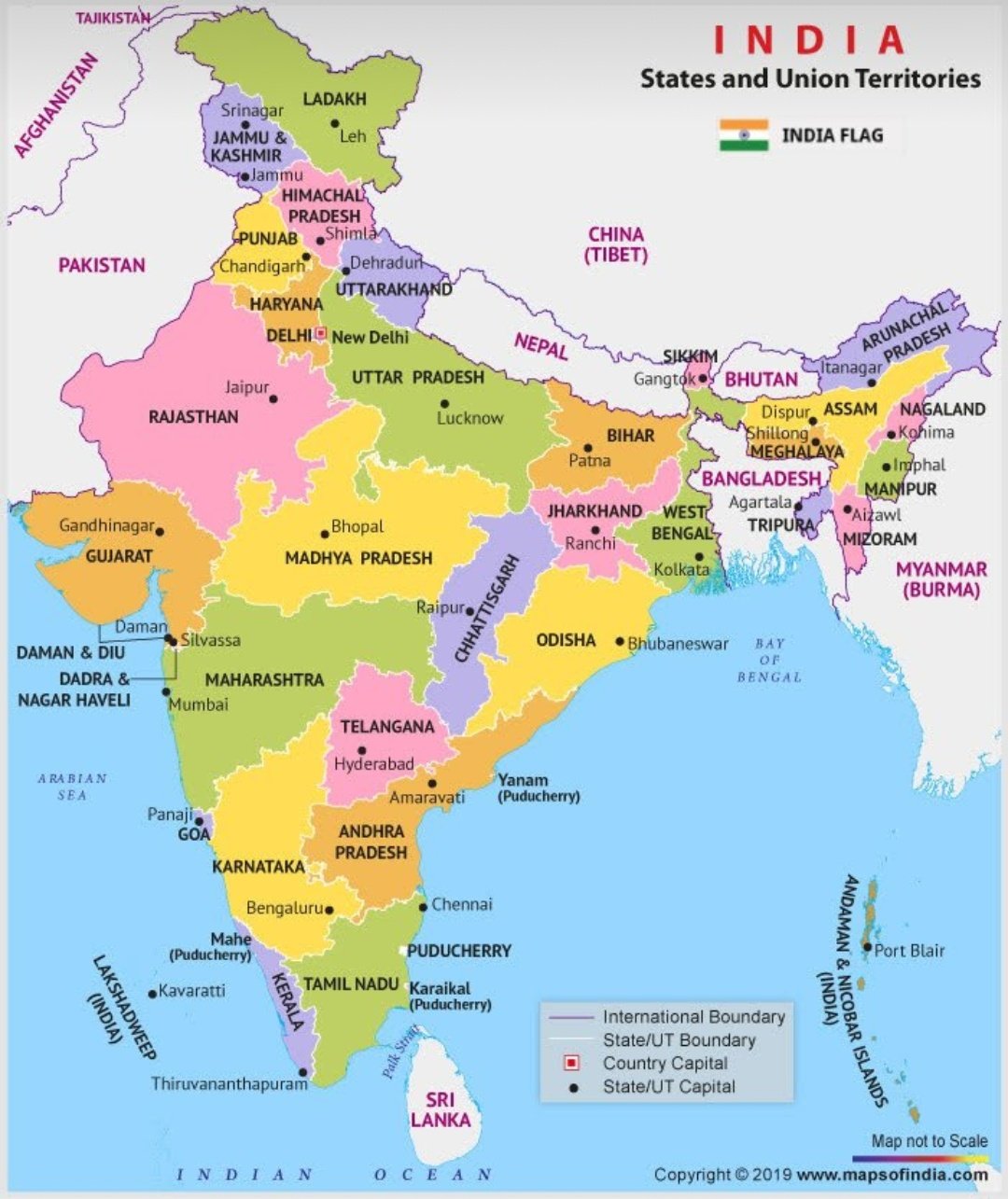 Another new map of India after bifurcation of J&K

So which one is true.

Facts Check: PoK, will be represented in Ladakh,

News Verification: Different images are shared among the user, thus leading to confusion about the real image of India. The old and new map of India has gone through a drastic change.

In the new map of India, 2019 today POK is shown in the Ladakh area. Ladakh will now be shown with a bigger area dimension than Jammu and Kashmir.

The new map of India was released by the Survey General of India on October 31, 2019.

Below is the new political map of India, Union Minister Dr. Jitendra Singh had also tweeted a photo of the latest map showing "the Union Territories of #Jammu & #Kashmir and #Ladakh, as these exist after 31st October 2019."

This map shows Gilgit-Baltistan as part of the Ladakh union territory.

New Map showing the Union Territories of #Jammu & #Kashmir and #Ladakh , as these exist after 31st October, 2019. pic.twitter.com/7lK5OTpyiu

Difference between old and new map of India

In the new map of India after removal of 370, Ladakh will have a larger area, as the image shared by Dr. Jitendra Singh, it is the correct representation of the new status of territories.

Another map shared or found on Google search is more of an illustration made by people who were expecting PoK (Pakistan Occupied Kashmir) to fall in the Jammu and Kashmir territory.

About New Map of India

Below is the new map of India after removing article 370

Pakistan-occupied Kashmir is now part of the newly created Union Territory of Jammu and Kashmir. Gilgit-Baltistan is in the UT of Ladakh in the new maps released by the government on Saturday following the bifurcation.

UT of Ladakh = districts of Kargil and Leh

New In 2019, the state of Jammu and Kashmir had been reorganized, the areas of these 14 districts into 28 districts. The names of the new districts are – Kupwara, Bandipur, Ganderbal, Srinagar, Budgam, Pulwama, Shopian, Kulgam, Rajouri, Ramban, Doda, Kishtwar, Samba, and Kargil. 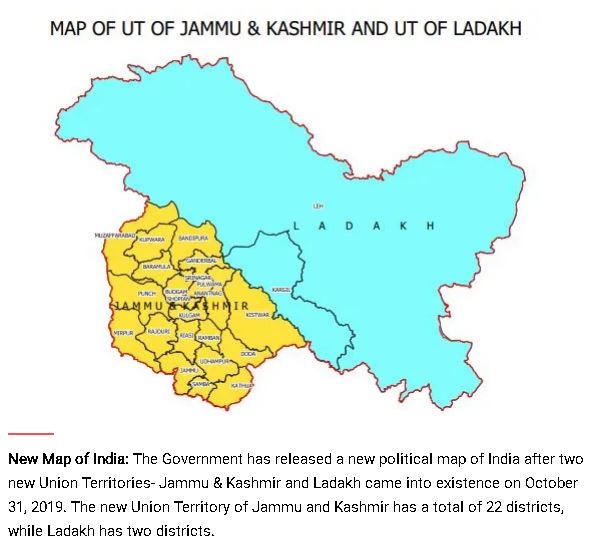 Government Employees of UT of Jammu & Kashmir and UT of Ladakh to get all 7th CPC Allowances from 31st October 2019.
https://t.co/hyTjxsY0Yd@HMOIndia@airnewsalerts @DDNewsLive

Maps of newly formed Union Territories of #JammuKashmir and #Ladakh, with the map of India. @PIBSrinagar@airnewsalerts@DDNewsLive@diprjk