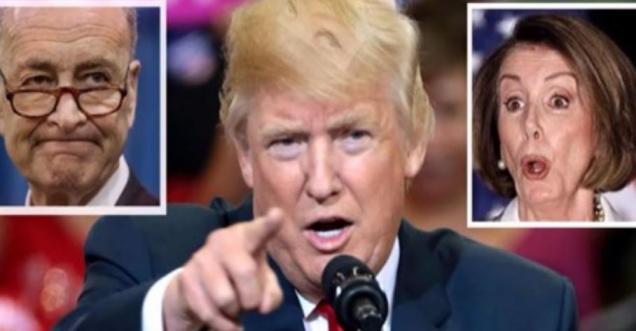 It’s an idea whose time has come and one that the American people have been wanting for decades. Leave it to President Trump to finally do something about it.

This week, Trump is expected to roll out an executive order which will put in place term limits for all members of Congress, both in the House of Representatives and in the Senate. The order will be binding and none will be able to dispute or reverse it.

Though the number of terms that the elected will be limited to has not yet been made clear, it is expected to be somewhere between one and twenty. This is expected to curtail abuse of power and corruption on Capitol Hill amongst career politicians.

President Trump and his staff fully expect those in Congress to make significant noise about this, but they are prepared for it. Fantastically beautiful staffer Satya Martin told us what they feel is coming:

News Verification: The news was published on the website Coffeerelax.co on Jan. 21, 2020. The post has been shared by 1000 of users on Social Media and many raised doubts over the authenticity of the information being shared.

This is a hoax column. No president can do this with an executive order. SCOTUS would shut this down in a heartbeat. Has to be an amendment. This article is made to make Trump look like a tyrant.

We did not find any media reports to confirm the authenticity of the news. Coffeerelax even did not provide any links to confirm this news.