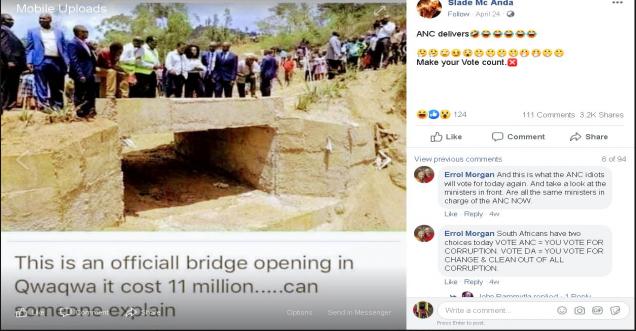 Viral Claim: An image shared on social media as claiming a bridge from Kenya, like the one from  Qwaqwa, South Africa and costing 11 million rands.

This is an officiall bridge opening in Qwaqwa it cost 11 million …. Can someone explain

There was a news from Kenya Governor Mutua launching a $6 million bridge.

In my country bridges like this one are built by Nyoape boys to help us pedestrians cross to the other side of the mud. pic.twitter.com/vrRmoaikQj

Facts Check News: The bridge image shared in social media has got over 3k shares and many more likes.

QwaQwa was a bantustan (“homeland”) in the central eastern part of South Africa. It encompassed a tiny region of 655 square kilometres (253 sq mi) in the east of the former South African province of Orange Free State, bordering Lesotho. Its capital was Phuthaditjhaba. It was the designated homeland of over 180,000 Sesotho-speaking Basotho people.

If we search the image using a Google reverse image search, we can find the image on a Kenyan website Kenyans.

Machakos Governor Alfred Mutua on Thursday responded to allegations that he used Kshs600 Million to build a bridge. A Twitter user had raised concern over an alleged overspending on a less than impressive bridge. “Meanwhile, Kenya Governor Mutua launching a Ksh600 Million bridge. In my country bridges like this one are built by Nyoape boys to help us pedestrians cross to the other side of the mud,” the netizen noted.

As per an article published in 2011, “The R11 million was spent on repairs to three bridges, namely the Ficksburg/ Clocolan bridge, a bridge in Bluegumbosch in Qwaqwa and another on the R700 between Bultfontein and Welkom while R 3,7 millon was spent on the Ficksburg bridge. 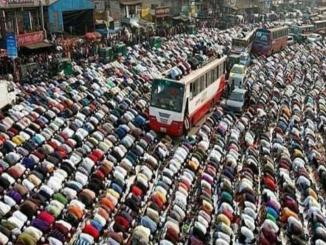 Bangladesh Image, shared as road blocked due to Namaz in India 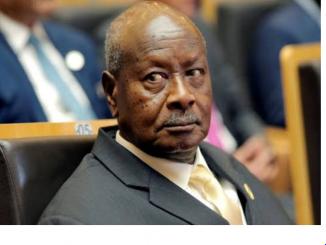