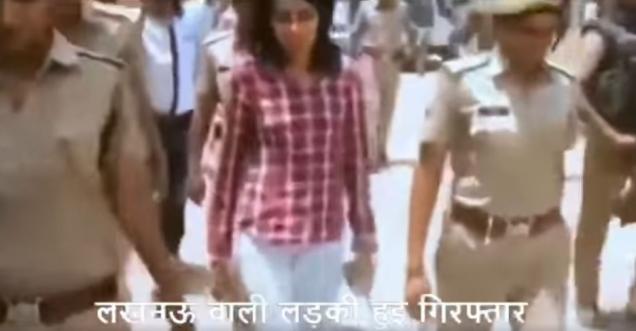 News Claim: A video widely liked by thousands on social media claiming that the Lucknow girl notorious famous for slapping the cab driver was arrested by police.

Viral message on WhatsApp today & other Social Media: Multiple videos stating that the Lucknows girl is being shared/liked on social media.

The video is viral on Social Media and Facebook.

News Verification: Priyadarshini Narayan Yadav became notoriously nation famous after the incident of her slapping the cab driver was viral all over India. Now another video of her arrest is viral on social media. The video shared as of Lucknow girl’s arrest is not true, the video is off from Rajasthan don’ Anuradha Chaudhary.
The video shared on Facebook is of Rajasthan don’ Anuradha Chaudhary, an associate of notorious gangster Kala Jathedi. A video available on youtube dated back to 30 March 2017 headline as, “Anuradha Choudhary LADY Don Anand Pal Case |आनंदपाल की साथी अनुराधा को पुलिस ने किया गिरफ्तार”

As per Jagran, Along with Kala Jathedi, Delhi Police has also arrested Anuradha Chaudhary, girlfriend of notorious gangster Anandpal. According to the information, both were living in live-in for 9 months. At the behest of Anuradha, Kala Jathedi used to carry out heinous crimes like extortion and murder in Rajasthan. 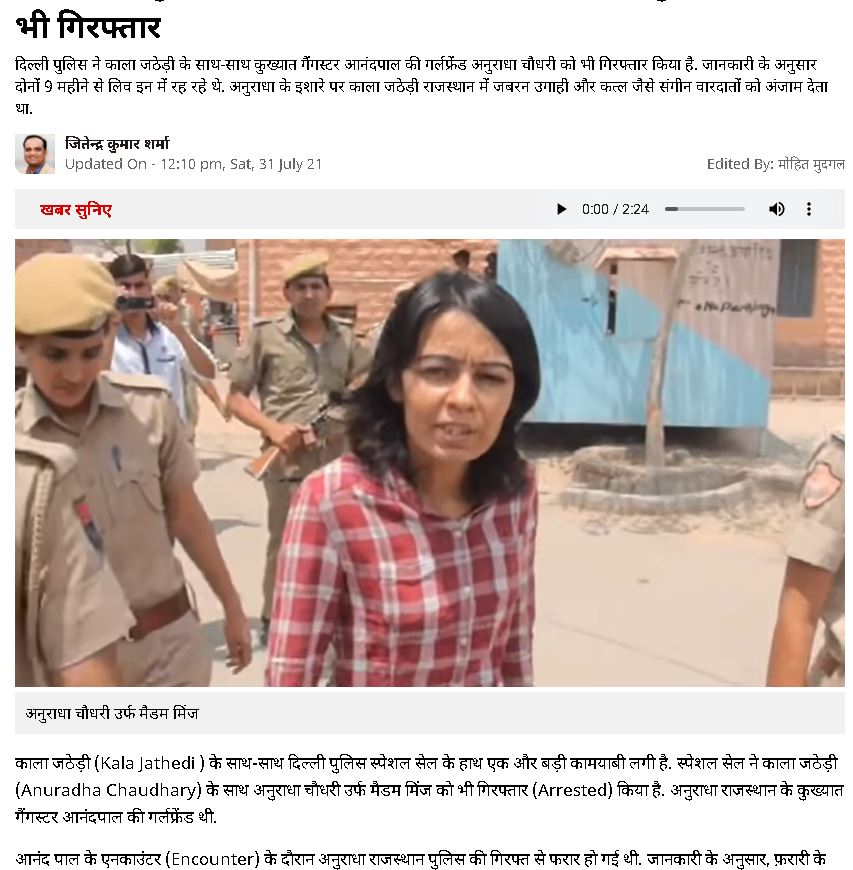