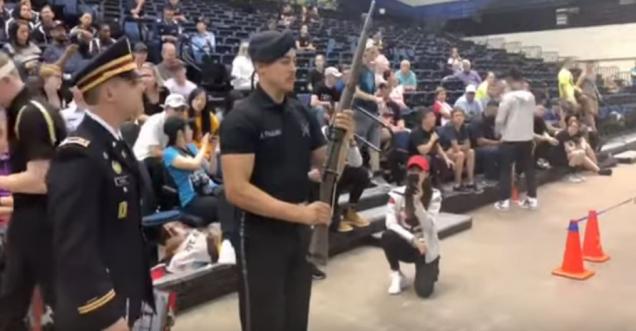 Fake news claim: A post has been widely shared among the users on social media claiming a Muslim youth from Uttar Pradesh, joining the US army.

This Video Was Taken Last Year During His Selection At Field Exam.

It Is Considered As One Of The Toughest Drill Training In the US !!

A Big Salute To His Drill

Syed Hameed ul Hasan. From Uttar Pradesh joined U S.Army. during last leg of his selection at field exam . During one of the toughest drill training final test.
Salute to his drill

The post has been widely shared on facebook and twitter by different users. A batch of the youth in the video is easily visible in the video, as can be seen it is A Paulino. Further drilling down to the YouTube profile.

The person in video is Alejandro Paulino, as per YouTube profile. Alejandro further writes on YouTube about us section as, “Hello my name is Alejandro Paulino. Im 25 years old and a fitness enthusiast and professional rifle exhibition driller. my channel will be mainly focused around fitness and drill, my 2 passions in life. hope you enjoy!”

Below is the full video from his profile, titled as “World Drill Championship solo routine 2019”, Published on May 5, 2019.

The person in the video is not Indian. As we gathered more information we found that the person is Hispanic and lives in US.

The U.S. Census Bureau defines the ethnonym Hispanic or Latino to refer to "a person of Cuban, Mexican, Puerto Rican, South or Central American, or other Spanish culture or origin regardless of race" and states thatHispanics or Latinos can be of any race, any ancestry, any ethnicity. 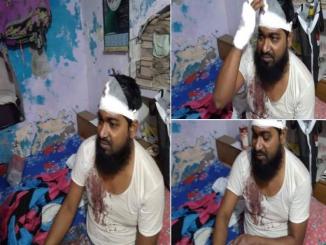 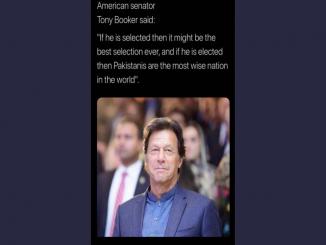