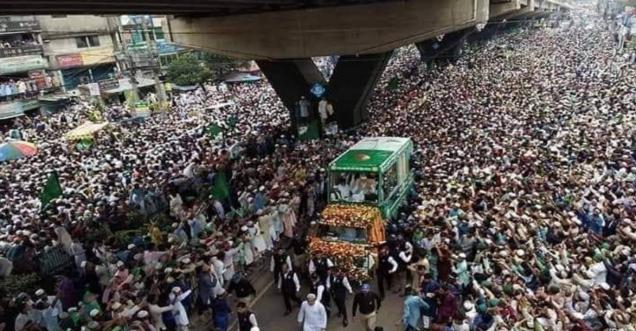 News Claim: A picture shared on Social media claiming that Asaduddin Owaisi’s All India Majlis-e-Ittehadul Muslimeen (AIMIM)  has a huge support base in UP.

News Verification: The pictures shown above in the viral category is widely shared on social media like Whatsapp, Twitter and Facebook.  The picture users shared the image thinking that it is from India, however, the information shared is not true. The picture in circulation is from Bangladesh, taken in 2019 on the occasion of Eid-Milad-un-Nabi, the birthday of Prophet Muhammad, in Chittagong’s Muradpur area of Bangladesh.

Other users mostly from Bangladesh shared the same information from the same date.

Hence the viral picture is not from any AIMIM rally in Uttar Pradesh. It is a 2019 picture from Bangladesh of an Eid procession