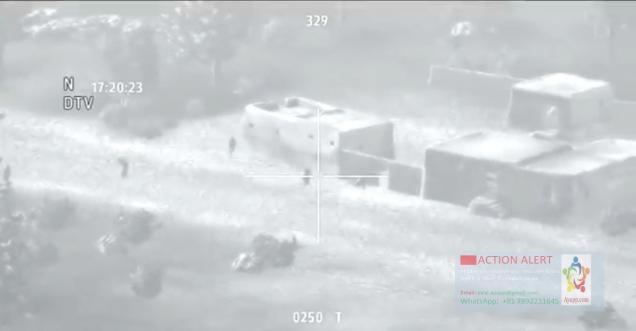 Viral Claim: A video is viral on the social media, claiming to be that of the Air strike by India on Pakistan, the fact is that it is a game.

The viral clip of about 20 seconds where multiple air strikes is widely shared, people assuming it to be of the Air Strike by India on the Jaish-e-Mohammad.

Facts Check Analysis The video shared is actually a video game earlier shared by a YouTube page Double Doppler, first published on Jul 9, 2015. The description of the YouTube states “Gunner perspective in the US Army Apache during battle, using FLIR camera with M230 sound mod. Like real life. Become part of the CREW - share, comment & subscribe!”