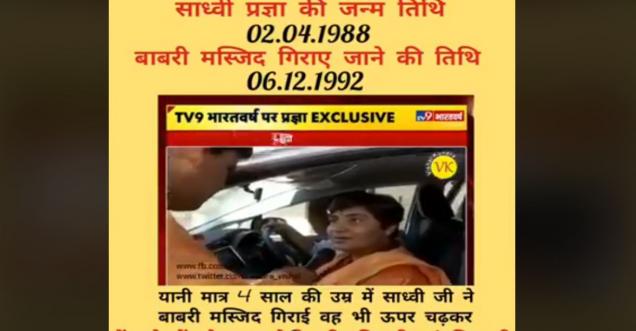 Viral Claim: A Viral video post on Pragya Thakur, claims that Pragya Thakur was born in 1988 and was just 4 years old when Babri Mosque was demolished.

She was four then. Must have been a precocious child. Inspiration for Chhota Bheem.... https://t.co/WbLrvGWR07

India’s answer to boss baby that would put the adventures of Chota Bheem & Shin Chan to shame. https://t.co/YvsWb0qlNe

Facts Check News: The viral video on the social media has close to 30k shares amd thousands of likes on facebook. As per the information given in the video Pragya Thakur was born on April, 1988 and Babri mosque was demolished in 1992., so as per the video Pragya Thakur’s age at the time of demolition was just 4 years. The video wants to prove that what she claimed of the Babri mosque demolition is fake.

As per Pragya Thakur’s affidavit for the Lok Sabha elections 2019., her current age is 49. That means that she was born around 1972. This means she must be around 22 years old at the time of demolition of the Babari mosque. 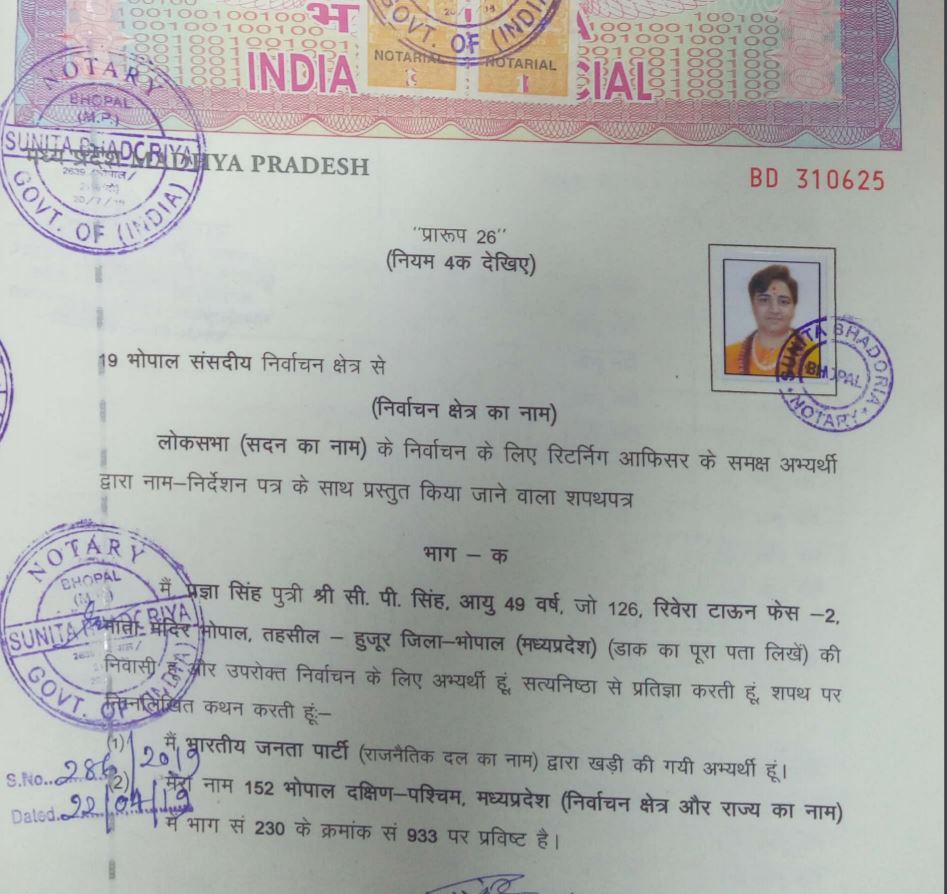 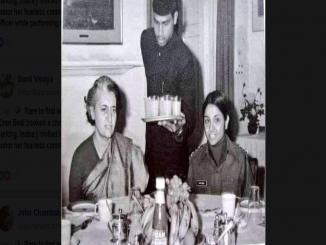 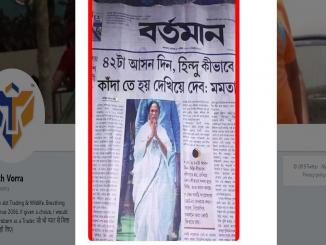