What is the truth behind picture of Ram Mandir 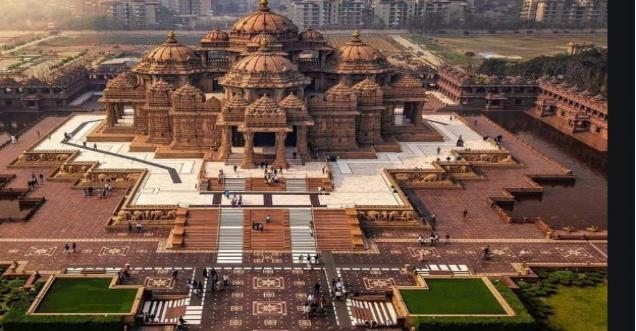 Multiple Fake news claims-: The news is circulating in social media about a picture of a future Ram Mandir which will become up in Ayodhya. The picture map will look like this.

News Verification: - When we research through our sources we found that the picture is not of Ram Mandir of Ayodhya but it is Swaminarayan Akshardham Temple, New Delhi.

The largest #Hindu temple in the world. Truly breathtaking. pic.twitter.com/VhukboL5tj

Even in 360°Airpano Website has a 360°photo of Akshardham Temple, New Delhi.

Apart from this, there is no official information yet on what the map of the Ram temple will be. Shriram Janmabhoomi Teerth Sector Trust on 19 February 2020 proposed the model.

According to the proposed model, the Ram temple to be built on 2.75 lakh cubic meter area will be on two floors. Its length will be 270 meters, width 140 feet, and height 128 feet. The temple with 330 beams and 106- 106 on both floors, i.e. a total of 212 pillars, will have five doors and is to be constructed in five parts- Garbhagriha, Kauli, Rang Mandap, Nritya Mandap, and Singh Gate. The construction of the main gate of the temple will be constructed with the white marble of Makrana. A cell of 16.3 feet will be constructed just above the sanctum sanctorum, on which a 65.3 feet high peak will be constructed.

Apart from this, there is no official information yet on what the map of the Ram temple will be.
From our sources, we found that the picture being viral by telling Ayodhya's Ram temple is of Akshardham temple in Delhi. The news is fake.