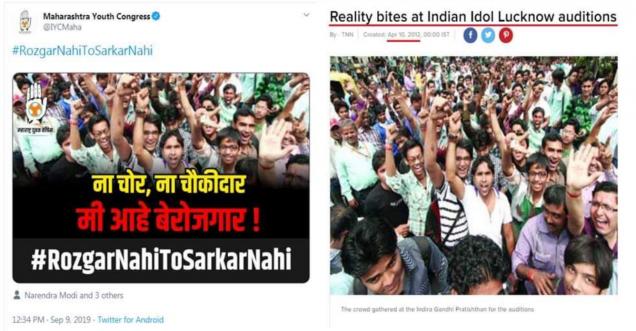 Media Claim: The Maharashtra youth Congress took an image from the audition on Indian idol held in 2012, to show unemployed youth 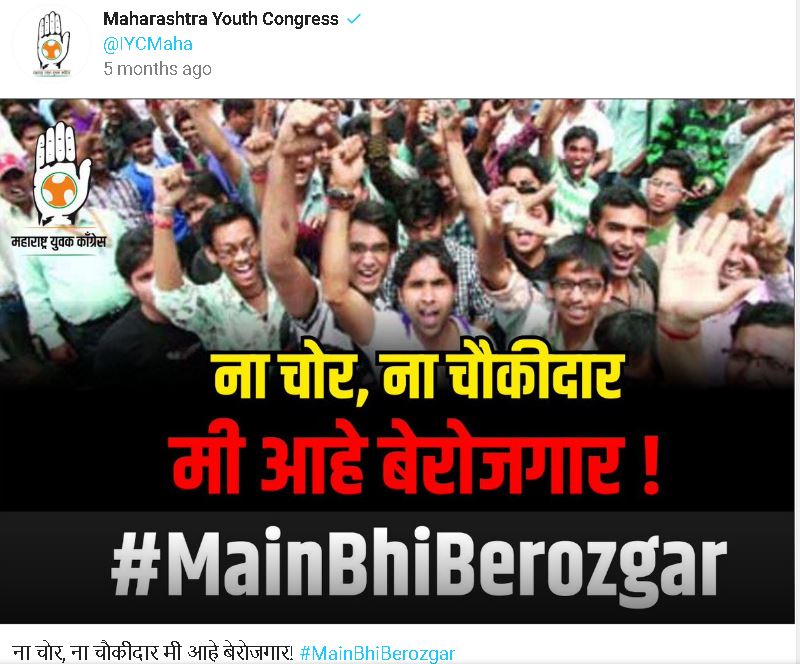 The Maharashtra youth Congress posted a picture from the 2012 Indian Idol audition contestants to depict them as unemployed youth.

As per economictimes, article dated June 2019, India’s unemployment rate stood at 6.1% in FY18, official data showed, highlighting the challenge that confronts the Narendra Modi-led government.  The Periodic Labour Force Survey (PLFS) of the National Sample Survey Office (NSSO) released on Friday showed the unemployment rate in the country in FY18 was at 5.3% in rural India and 7.8% in urban India, resulting in an overall unemployment rate of 6.1%.

India's rate of unemployment doubled in the past two years, according to the State of India’s Environment (SoE) In Figures, 2019. This has particularly affected young graduates.

However, Congress, depicted contestant from some National television show, to show them as unemployed youth

Many users pointed this out on social media, advising the youth congress party, suggesting “Hey CONGIs,

You should have atleast used some other pic to peddle your falsehood...

Surely it must be rahul Gandhi's idea...”.

You should have atleast used some other pic to peddle your falsehood...

Surely it must be rahul Gandhi's idea... 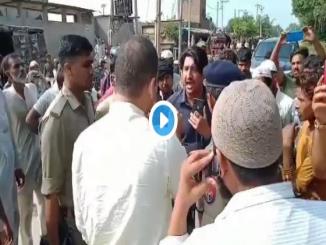 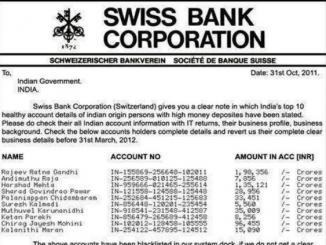