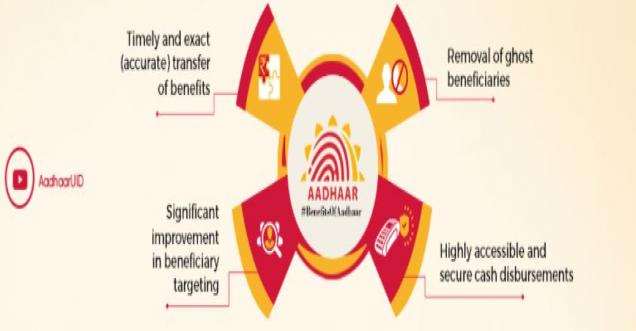 New Delhi: The Reserve Bank of India, RBI has made it clear that it is necessary to link the bank account with the Aadhaar. RBI has also said that the bank should implement it without waiting for any order. RBI's cleaning has come because in some media reports it was claimed that the decision of linking bank accounts with Aadhaar has nothing to do with the Reserve Bank of India.

What was said in RBI's Clarification?

Some news items have appeared in a section of the media quoting a reply to a Right to Information Act application that Aadhaar number linkage with bank accounts is not mandatory.

The Reserve Bank clarifies that, in applicable cases, linkage of Aadhaar number to bank account is mandatory under the Prevention of Money-laundering (Maintenance of Records) Second Amendment Rules, 2017 published in the Official Gazette on June 1, 2017.

These Rules have statutory force and, as such, banks have to implement them without awaiting further instructions.

At the same time, the All India Bank Officers Confederation (AIBOC), an organization of bank employees, opposed the compulsory linking of Aadhaar link from bank accounts. It said that till the Supreme Court has not heard the final verdict in respect of the Aadhaar card, it should be postponed. The organization issued the statement and said, the government should make it clear that adding the Aadhar card is completely voluntary and not mandatory.

Need to link till December 31

- In June this year, by issuing the notification on behalf of the Central Government, it was said that it has become necessary to link the Aadhaar with the bank account.

- If you have an account in any bank, by 31 December 2017 you will need to link your account to the base. If you do not link the account, then you will get a problem with the transaction. Your account can also be closed.