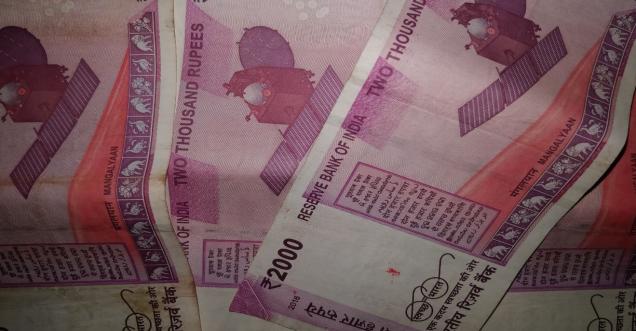 New Delhi: The Reserve Bank of India, India’s Central Bank has not printed Rs 2000 notes since the last five months; The big question is that is the Government is trying to scrap the Rs 2000 notes in the near future. Rs 2000 was introduced just after the demonetisation that took place last year on November 2016, a big demonetisation decision.

The Rs 2000 currency notes were introduced last year as part of the RBI’s fast remonetisation process.

As reported by Livemint, RBI won’t be bringing any new notes of Rs 2000 denomination in the current financial year.

The government also not responded to a question asked by the leader Naresh Agarwal in Parliament on Wednesday, who wanted to know whether Rs 2000 notes will be scrapped.

There is also news of the central bank stepping up on the printing Rs 200 notes, which is likely to be introduced in the coming months.

Rs 500 notes were easily accepted by the public; however, difficulty in finding the change of Rs 2000 notes, it made difficult for people to accept the Rs 2000 notes

Still many people do not like accepting or getting Rs 2000 notes from the ATM machines or from any person, because of getting the change.