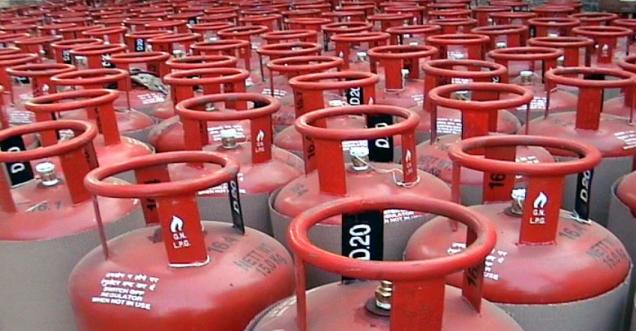 New Delhi: The news is that the Modi government has ordered government oil companies to increase the price of LPG cylinders by 4 rupees every month.

According to the sources, the motive of the Modi Government has been to increase the price every month to eliminate the subsidy on the gas cylinders. Already from 1 July 2016, The prices of LPG cylinders has been going up by 2 rupees per cylinder every month. The Central Government fills its treasury as 86.54 rupees per cylinder subsidy. Petroleum Minister Dharmendra Pradhan, in this regard, gave information in response to the written question in the Lok Sabha.

In Delhi the Subsidized cylinders currently is currently at Rs 477.46, compared to Rs 419.18 in June last year 2016. There are 18.11 million customers of subsidized gas in the country. These include 25 million poor women, who were given free connections under the Prime Minister Ujjwala scheme during the last one year. The number of non-subsidized cooking gas users is just 2.66 million.