New Delhi: Going by the recommendations, If the 7th Pay commission is implemented then the minimum pay scale for the employees falling under this will be all set to Rs 21,000. Surely this is going to create more happiness and satisfaction for those who always dream of having more and better salary.

This change will help the low pay grade employees. This is surely going to reduce the poverty and help the employees to cope up with the increasing living standards. The Finance Minister of India Arun Jaitley had made a commitment to increase the pay hike above Rs 18,000.

When is the 7th Pay commission going to be implemented?

Once the 7th pay commission is implemented the effective date would be from January 1, 2016.

As per the government notification issued on 19th November, 2015.

Minimum Pay: Based on the Aykroyd formula, the minimum pay in government is recommended to be set at ₹18,000 per month.

The total impact of the Commission’s recommendations are expected to entail an increase of 0.65 percentage points in the ratio of expenditure on (Pay+Allowances+ Pension) to GDP compared to 0.77 percent in case of VI CPC.

Fitment: A fitment factor of 2.57 is being proposed to be applied uniformly for all employees.

Annual Increment: The rate of annual increment is being retained at 3 percent.

Performance benchmarks for MACP have been made more stringent from “Good” to “Very Good”.

The Commission has also proposed that annual increments not be granted in the case of those employees who are not able to meet the benchmark either for MACP or for a regular promotion in the first 20 years of their service.

No other changes in MACP recommended.

Short Service Commissioned Officers: Short Service Commissioned Officers will be allowed to exit the Armed Forces at any point in time between 7 and 10 years of service, with a terminal gratuity equivalent of 10.5 months of reckonable emoluments. They will further be entitled to a fully funded one year Executive Programme or a M.Tech. programme at a premier Institute.

Lateral Entry/Settlement: The Commission is recommending a revised formulation for lateral entry/resettlement of defence forces personnel which keeps in view the specific requirements of organization to which such personnel will be absorbed. For lateral entry into CAPFs an attractive severance package has been recommended.

Cadre Review: Systemic change in the process of Cadre Review for Group A officers recommended.

The current Siachen Allowance per month and the revised rates recommended are as follows:

This would be the ceiling for risk/hardship allowances and there would be no individual RHA with an amount higher than this allowance.

In the case of PBORs of Defence, CAPFs and Indian Coast Guard compensation for housing is presently limited to the authorised married establishment hence many users are being deprived. The HRA coverage has now been expanded to cover all.

Any allowance not mentioned in the report shall cease to exist.

Emphasis has been placed on simplifying the process of claiming allowances.

All non-interest bearing Advances have been abolished.

Regarding interest-bearing Advances, only Personal Computer Advance and House Building Advance (HBA) have been retained. HBA ceiling has been increased to ₹25 lakhs from the present ₹7.5 lakhs.

Central Government Employees Group Insurance Scheme (CGEGIS): The Rates of contribution as also the insurance coverage under the CGEGIS have remained unchanged for long. They have now been enhanced suitably. The following rates of CGEGIS are recommended:

Introduction of a Health Insurance Scheme for Central Government employees and pensioners has been recommended.

Meanwhile, for the benefit of pensioners residing outside the CGHS areas, CGHS should empanel those hospitals which are already empanelled under CS (MA)/ECHS for catering to the medical requirement of these pensioners on a cashless basis.

Pension: The Commission recommends a revised pension formulation for civil employees including CAPF personnel as well as for Defence personnel, who have retired before 01.01.2016. This formulation will bring about parity between past pensioners and current retirees for the same length of service in the pay scale at the time of retirement.

The past pensioners shall first be fixed in the Pay Matrix being recommended by the Commission on the basis of Pay Band and Grade Pay at which they retired, at the minimum of the corresponding level in the pay matrix.

This amount shall be raised to arrive at the notional pay of retirees, by adding number of increments he/she had earned in that level while in service at the rate of 3 percent.

In the case of defence forces personnel this amount will include Military Service Pay as admissible.

Fifty percent of the total amount so arrived at shall be the new pension.

An alternative calculation will be carried out, which will be a multiple of 2.57 times of the current basic pension.

The pensioner will get the higher of the two.

Gratuity: Enhancement in the ceiling of gratuity from the existing ₹10 lakh to ₹20 lakh. The ceiling on gratuity may be raised by 25 percent whenever DA rises by 50 percent.

Disability Pension for Armed Forces: The Commission is recommending reverting to a slab based system for disability element, instead of existing percentile based disability pension regime.

Ex-gratia Lump sum Compensation to Next of Kin: The Commission is recommending the revision of rates of lump sum compensation for next of kin (NOK) in case of death arising in various circumstances relating to performance of duties, to be applied uniformly for the defence forces personnel and civilians including CAPF personnel.

Martyr Status for CAPF Personnel: The Commission is of the view that in case of death in the line of duty, the force personnel of CAPFs should be accorded martyr status, at par with the defence forces personnel.

New Pension System: The Commission received many grievances relating to NPS. It has recommended a number of steps to improve the functioning of NPS. It has also recommended establishment of a strong grievance redressal mechanism.

There are few recommendations of the Commission where there was no unanimity of view and these are as follows:

Empanelment: The Chairman and Dr. Rathin Roy, Member, recommend that All India Service officers and Central Services Group A officers who have completed 17 years of service should be eligible for empanelment under the Central Staffing Scheme and there should not be “two year edge”, vis-à-vis the IAS. Shri Vivek Rae, Member, has not agreed with this view and has recommended review of the Central Staffing Scheme guidelines.

Non Functional Upgradation for Organised Group ‘A’ Services: The Chairman is of the view that NFU availed by all the organised Group `A’ Services should be allowed to continue and be extended to all officers in the CAPFs, Indian Coast Guard and the Defence forces. NFU should henceforth be based on the respective residency periods in the preceding substantive grade. Shri Vivek Rae, Member and Dr. Rathin Roy, Member, have favoured abolition of NFU at SAG and HAG level.

Superannuation: Chairman and Dr. Rathin Roy, Member, recommend the age of superannuation for all CAPF personnel should be 60 years uniformly. Shri Vivek Rae, Member, has not agreed with this recommendation and has endorsed the stand of the Ministry of Home Affairs.

The full report is available in the website, http://7cpc.india.gov.in. 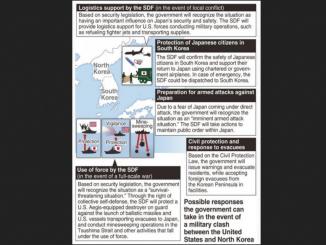