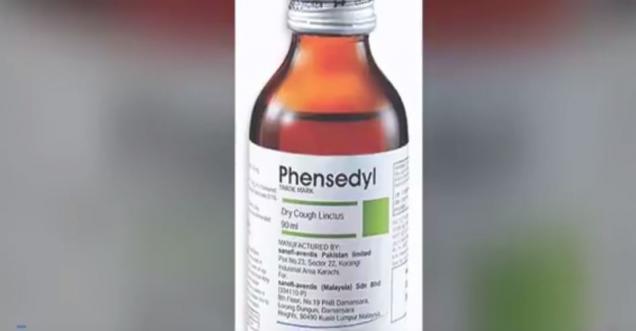 Patna: In Bihar, complete prohibition is imposed on Alcohol. As per the law in the state, Illegal sale or consumption of alcohol comes under the category of serious offense. However it looks like it is causing some major side effects after the liquor ban in Bihar; some people are shifting their addiction to dangerously alternative syrup. As per information, in addition to Ganja, Charas and opium, the use of phensidyl syrup, also known as cough syrup is being done widely. This was highlighted when the RPF team raided the Upper India Express and recovered a huge quantity of syrup. In the late evening. Based on a secret information by the Railway Police and the Department of Excise, 17 packets of phensidyl  was recovered in the train.

According to the information, the syrup was booked in Varanasi from UP to Patna. Meanwhile, the team was informed that there was a huge amount of Syrup in the luggage bag being transported. There is a plan to bring this syrup into the medicines of Patna. The team examined it and found the information correct. After that the raid was done at Patna station and a large amount of phensidyl was recovered. It may be noted that after the liquor ban in Bihar, smuggling of ganja, heroin and narcotics has increased in the border area. Recently, the Department of Products and other agencies have recovered a large quantity of charas and ganja.

In addition to the product department from West Champaran, Eastern Champaran, Raxaul, Purnia, Kishanganj and other district headquarters, Armed Border Force has recovered the drugs worth billions of rupees so far. According to the local people, the game of trafficking is continuing through courier in districts adjacent to the state border and districts adjacent to Nepal. Alcohol smugglers and drug dealers are making this work done by paying a lot of money.