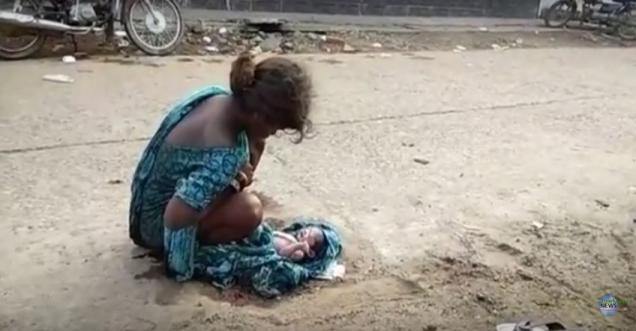 India, Jharkhand: In a shocking incident from Chandil, Jharkhand.  A 17 years old girl gave birth to a child, she was very near to a hospital when she gave the birth.

A video is available online where the young girl can be seen sitting on the ground and blood all over. She is so exhausted that she is not able to hold the child even. The newborn, whose umbilical cord is still attached, while pictured, is crying as it lies wrapped in its mother’s dress.

When she was brought to the hospital she was in miserable state as she was shivering and unable to life the small child into her hands.