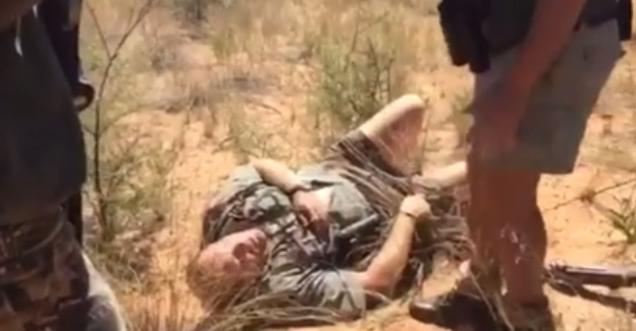 Human has always had been cruel to animal and they have committed crime against this animals from long time. There has been a new video circulating of some killing a wild lion just for fun.

As can be seen in the video this people were shooting at the lion and soon the lion came running heavly after them. However the people in the video started shooting.

Initially the lion came down after receiving multiple bullets.  But even before it can get down dying it had already injured one person severely. In a matter of seconds, the lion had attacked one of the men and left him badly injured.

Apparently, this lion wasn’t about to go down without his last fight and he gave these hunters WAY more than he bargained for.

Indeed this video is really bad in which this people have shooted and killed the lion, instead it should have been vice versa.