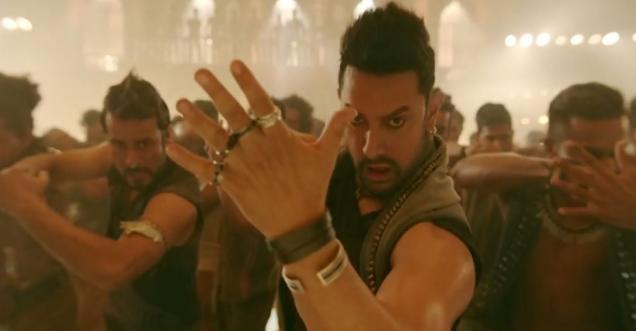 One dialogue from Movie

First they ignore you,

Short Dangal experience: Dangal is a movie which charms us at different level and different times of our life. It takes us to a journey of sports that has a beautiful beginning, tough journey and a well finish line. It will surely give you Goosebumps while you watch this movie.

Biopic: This Movie is about wrestling and is a biopic, based on the life of Mahavir Singh Phogat, one of the well-known wrestlers of India, and how he himself who once wished to get a gold medal, later got the Gold medal through his daughters.

Dangal Full Story: Aamir Khan plays the role of Mahavir Singh Phogat, as a former wrestler and a father of four daughters. They live in a small village Belali, in Haryana and whose dream had been to win a gold medal for India in the international arena.

We have seen Aamir Khan in different roles in the movie industry, but here Aamir takes the entire color of Mahavir Singh Phogat, as if it is the real story not a reel story of the former wrestler.

He has four daughters to train for wrestling. One fine day, Geeta (Zaira Wasim), the eldest daughter, and second daughter, Babita (Suhani Bhatnagar) beats us a boy in the neighborhood. Phogat realises that his girls are in no way less than boys and that his daughters could turn his long-cherished dream into reality.

Coaching Starts here, he begins rigorously training Geeta and Babita to become world class wrestlers. The two school-going girls have venture in a male-dominated sport, that too, in a small town in Haryana.

Professionally as a coach, Mahavir does an excellent job. He practically leaves the girls with no personal life and makes them hard in the sun to achieve the goal to become a world class wrestler.

The story moves with many clinches and surprises, even though we know the movie and the finally wins the gold medal at the CWG and realise the long-cherished dream of her father?

The film is high in authenticity and best sport movie ever made. Nitesh Tiwari as a director have done a excellent job to bring the best in Aamir Khan on screen.

Bouts and my favorite: The movie is all bouts and more bouts and fights in the wrestling arena and one of my best is the fight in which Mahavir and Geeta wrestle.

Dialogues are absolute quality and make us remember and still in my mind this point of time. The dialogues are small and normally we do have these small interactions with our parents more often, to the point but will give along lasting impact on the mind of every viewer. The dialogues about women empowerment (Not the type of women empowerment as talked as by Rahul Gandhi)are sensational and often give the audience Goosebumps.

Aamir Khan:  As the role of Mahavir Singh Phogat is excellent and not even the real Mahavir Singh Phogat must have thought of.  First Aamir put on tons of weight to look the character speaks volumes for his sincerity. There is not a a single scene where unnecessary focus is sought and put on.

Fatima Sana Shaikh: She makes an excellent debut as the grown-up Geeta Phogat. Her scenes of wrestling is Excelent.

Sanya Malhotra: Another actors as the 2nd daughters role is superb in the role of the grown-up Babita Phogat.

Nitesh Tiwari’s: The director has also come down to wear the shoes of Mahavir, in order to give a excellent direction to the movie, it is amazingly terrific.

Nothing more I can elaborate unless you watch the movie and feel the presence of each and every actors, director and music doing its best.

This is Aamir’s best performance movie ever will make you love, cry, sing and run and fight in your daily life.

Surely this is Aamir khan’s best movie till date and should not be missed out. The movie will make the top list of movies made in the Indian film industry. Dangal is extremely engaging, brilliantly entertaining and phenomenally patrio­tic in its feel. The Movie is for all the generation for a young man, for old man, for a young girl and for a full of entertainment.