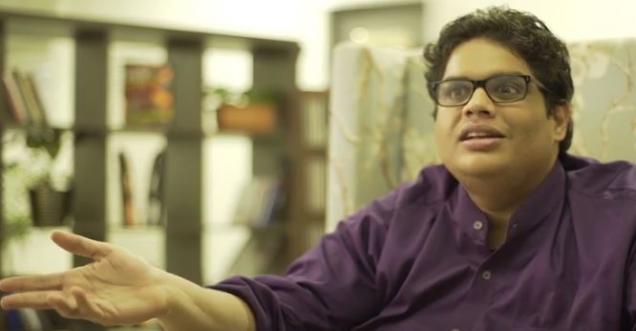 All India Bakchod (AIB) released a satirical take on the demonetisation effect, The Demonetization Circus. Tanmay’s video covers almost all issues currently faced after demonetisation on the ground, addressing the diverse range of issues and conjectures that have flooded the public discourse in the past few weeks.

Watch this around 8 minutes Video below

Three characters, rich, the common man and the bank employees

Tanmay Bhat, depicted as fooling their domestic helps by handing them the old Rs 500 note, storing their black money in the form of gold and ordering their servants to stand in the bank queues to exchange the old currency notes with the new ones.

Common Man: Is seen complaining to a chaiwallah, only to have his complaints fall on the deaf ears of the tea seller.

Watch out for the bit when the man snaps at the chaiwallah by saying, "tu chai bech na, politics me kyun ghus raha hai'

Is seen sweating it out by managing the frenzy in the banks. He is also shown complaining about overtime and working on Sundays and at the same time; he is busy delaying the customers in a part which gets a bit stretched. Watch out for a shirtless special cameo by fitness expert.

Looks like Tanmay has learned quite a lot from the last AIB, strike on Lata Mangeshkar and sachin. This AIB's take on demonetisation encompasses almost all the issues related to the Demonetisation move by Prime Minister.

It highlights the fact that while people are hopeful about the decision as a solution to the black money plague, however it is not easy to implement and the poor are facing problems.