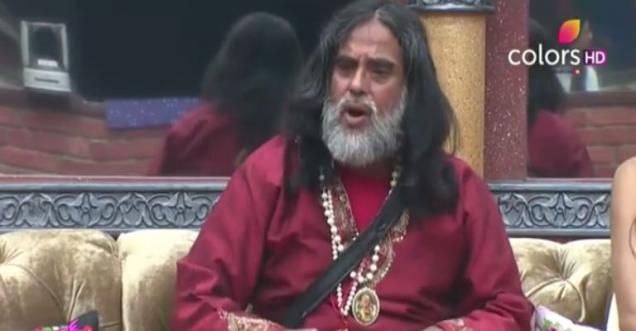 Salman Khan and the Weekand ka Vaar on big boss came up with yet another surprise for all the contestants. Salman introduces four wild card contestants and announces that there will be no eviction this week from the show as all the voting lines were closed this week.

Today Vidya Balan, the Kahaani 2 actress enters the showing while giving secret  task to the contestants of reciting their kahani. Manveer and Manu enact Bani’s role in the house. Then, she takes Gaurav, Bani and Rahul’s name to enact Manveer, Manu and Swami’s role. Vidya Balan has come to the show to promote her upcoming movie Kahaani 2.

Salman call out first wild card entry, Jason Shah, Jason Shah is born in the United Kingdom on 26th March 1986. He did his schooling from New York Film Academy and completed his graduation from the University of Memphis. He is very much passionate about modeling and featured in a number of modeling assignments and television ads. Has acted in Fitoor movie and some ads commercial like Van Heusen

Third wild card,  Bollywood and television actor Sahil Anand is an Indian Film and Television Actor. He is known for his roles in Student of the Year and Babloo Happy Hai. He also participated in MTV Roadies .

Fourth wild card is a ex-contestant Priyanka Jagga re-enter the house as challengers.

They are all introduced in a dramatic way by breaking the glass of the on the adjoining house.

At last, Salman Khan gives information to the existing inmates of the show, h says that  “These four wild card entrants will challenge and replace the nominated contestants, who are in danger,” the  Nominated contestants include Gaurav Chopra, Rahul Dev, VJ Bani, Manveer Gurjar and Nitibha Kaul. The four wild cards enter the house with targeting certain contestants who are nominated and whom want to challenge in the house. To know who their targets are, Salman asks them to reveal the names by throwing a dart on the particular contestant’s picture. Jason targets Gaurav, Sahil targets Rahul, Elena targets Nitibha and Priyanka targets Bani. So it looks like Manveer is safe as of now.

Clearly, the dynamics have changed a lot in the house as all the participant have become insecure with arrival of  four new contestants, there unity have increased to remove any one from them winning the  show.