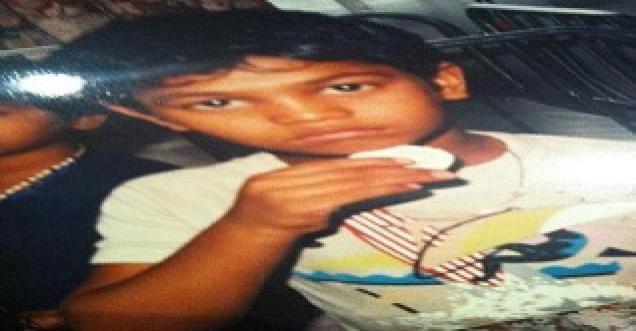 Around 3 decades ago, in 1986 a boy named Saroo who was only 5 years old when he got separated from his family in India, Burhanpur after he fell asleep on a train. Accidentally He travelled thousands of miles from his home before ending up in Calcutta and latter in Australia.

Before we move further a brief start and end in date

1987: He is adopted by John and Sue Brierley and grows up in Tasmania

2007:  He begins searching for his hometown using Google Earth

2012: In February, he comes to India and finds his family

Unsure of how to find his way home, or even the name of his hometown, he lived on the streets of Calcutta, until he was taken in by an orphanage and eventually adopted by an Australian couple. As an adult, however, Saroo found himself wondering about his birth family’s fate, and he devoted all of his time digging into Google Earth, searching for clues about his birthplace which finally paid off. LION is a real story of Saroo which shows how a great determination and technology together can get something done do unreal.

About the book: A Long Way Back

In 2012, Saroo’s story captivated the world and sparked headlines around the globe, and he eventually penned a book, A Long Way Home, about his search. Now, Saroo’s tale is coming to the big screen in a moving drama that’s been touted as an early Oscar contender.

Saroo’s mother, abandoned by her husband back in 1986, would work long hours carrying bricks and cement at construction sites to feed her three sons and baby daughter – Guddu, Kallu, Saroo and Shekila.

Back in 1986, one evening, Guddu left with his little brother Saroo to look for food or coins people may have dropped in the railway compartments. Saroo rode on the back of his brother’s old bicycle before getting on a train to Burhanpur, about two hours away.

The two began cleaning the floor boards of he train for money as the train pulled away. Though he only found wrappers and peanut shells, little Saroo was happy just to be with his beloved elder brother.

By the time they hopped off the train at Burhanpur, Saroo was exhausted and sleepy. Guddu led him to a bench so that Saroo could take a nap before they caught the next train back.

“I’m just going to go off and do something. Stay here. Don’t go anywhere,” Guddu told him.

Saroo woke up later in the night – his brother was still gone and he was all alone, other than a waiting passenger train at the platform. Assuming that Guddu must be inside the train, Saroo went in to look. Still sleepy as he wandered through the waiting train, the sleepy little boy figured his brother would find him soon enough and settled back to sleep.

When Saroo woke up next, sunlight was streaming through the windows and the train was moving through lush countryside. He had no idea how long he had slept and with the landscape outside the window unrecognizable, he didn’t know where he was and how to get back home. Saroo ran back and forth through the moving carriage, calling for his brother but to no avail.

Early life as a wanderer: just 5-year-old—who had never ventured unaccompanied beyond his small town— had arrived in Calcutta, India’s third biggest city.

After spending some weeks in the streets, a kind man, unsure as to how to help the little boy, took him to a local police station, thinking that he’d be safest there. It was 1987, the police could make no sense of ‘Berampur’ (as Saroo pronounced Burhanpur, the only city he knew) and so Saroo was declared a lost child. The next day, Saroo was transferred to a juvenile home—a common endpoint for street children. Luckily for Saroo, the Indian Society for Sponsorship and Adoption (ISSA), a nonprofit child-welfare group, often paid regular visits to the home looking for children fit for adoption.

After no one responded to his description and photo in an ISSA missing-children bulletin, Saroo was transferred to an orphanage and added to the adoption list. Cleaned up and taught how to eat with a knife and fork instead of his hands, Saroo was one day handed a little red photo album.

His new parents John and Sue Brierley could have children of their own but they chose to adopt a lost Indian child as a way of giving back to the world. When Saroo flew down to Australia, he could not speak a word of English and neither could the Brierleys speak in Hindi. They communicated with cuddles and hugs, and some translation help from an Indian neighbour.

The Brierleys loved sports and would often take their new son sailing along the Tasman Sea, where he learned to swim. Despite the shock of the new lifestyle, Saroo adjusted well, picking up the language as well as the Aussie lifestyle.

However, There was a huge urge within to find his roots. He still missed his family in India and thought of them often. As he grew older, the urge to find his roots grew stronger. He didn’t know where his home was but he vaguely remembered what it looked like. He spent hours staring at the map of India on his bedroom wall. One day, he opened his laptop and launched the newly introduced software Google Earth, a virtual globe made from satellite imagery and aerial photography that provided a bird’s-eye view of cities and streets on the computer screen.

Saroo no longer remembered any Hindi, and the names on the map swam before him. He had no idea where to start. Trying to think logically, Saroo decided to follow the train tracks that led away from Calcutta, like a spiderweb crisscrossing the country. There were times when, after weeks of fruitless efforts and frustration, Saroo would give up the search. But he would return to the job, knowing that if he didn’t he would regret it later.

Eventually, Saroo hit on a more effective strategy. He multiplied the time he was on the train (around 14 hours) with the speed of Indian trains and came up with a rough distance of about 1200 km.  He drew a circle on a map with its centre in Calcutta and with its radius about the rough distance he had calculated.

He found Burhanpur. He followed the path he remembered to the next station and incredibly, he soon discovered what he was looking for: the town of Khandwa. He found a Facebook group, Khandwa: My Home Town, where he left a message: “ I think I am from Khandwa but I haven’t seen or been back to the place for 24 years. Can anyone help me?”

Eleven months later, he was on a flight to India. From the hotel in Khandwa, he walked back the route to his home, almost etched in memory, even after 26 years.

The streets were familiar yet so changed and soon, he was standing right outside his old house that stood there, abandoned. He had knew this could be a possibility but he was not ready to give up, now that he was so close to finding his family.

He showed an old photo of himself to the neighbours, who told him that the family had moved. He kept showing the photo till he struck gold. A man took Saroo to meet his mother who still lived nearby. Numb at the enormity of the occasion, the mother and son recognized each other.

Tags A Long Way Back 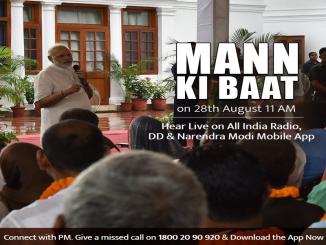