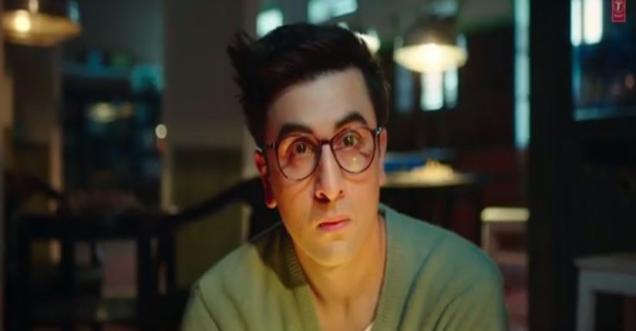 Jagga jassoos new Song: So far, Jagga’s detective was the story of two people who have gone in search of something and because of this, they have to face many different kinds of problems. But if you look at the new songs released from the movie. The new song shows a different type of Jagga that is Ranbir Kapoor. This song is sung by Arigit Singh and the lyrics by Amitabh Bhattacharya. This song will take you to a different world, which you have kept hidden in some corner of your mind for a long time. It's about relationships that have been blurred over time. But one day you have to get out of them.

It seems that Ranbir's character is embarrassed for some tragic memories. His father leaves him, never to return back. He takes him selves to old good memories o live again with his father. Actors want to believe that their father is around them and things will get better soon.

Jagga jassoos second trailer has been released recently. The makers of the film have filled this trailer with a lot of mystery. Along with this, many questions will surround you. The trailer starts from Ranbir's stutter. With the problem of his stammer, he stops his name and speaks out. That is why he sings a song in which he does not stop, 'some flowers in the garden bloom late, my words also come out with sleep.'