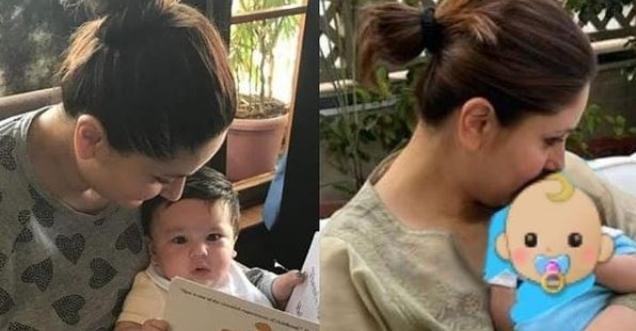 Mumbai: On Tuesday (August 10), the name Jehangir is trending on Twitter and there is a reason behind it. The name is trending because of Bollywood star couple Saif Ali Khan and Kareena Kapoor Khan.

According to reports, Saif and Kareena have named their second son Jehangir Ali Khan. Earlier, Kareena’s father Randhir Kapoor had said that the child’s name is Jeh.

Even in one of the conversations with filmmaker Karan Johar, Kareena too had confirmed the name as Jeh. However, in her book on pregnancy, Kareena has revealed her son’s name as Jehangir.

As soon as the news broke, the name Jehangir was trending on the micro-blogging website. While, there were for and against comments about the name, surely, Jehangir is already famous as his elder brother Taimur. Jehangir was born on February 21 this year.

Earlier too when Saif and Kareena named their first child Taimur, questions were raised. They were targeted for naming their child after Turkish invader Taimur. Now, the duo has named its second child after Mughal emperor Jahangir aka Mirza Nur-ud-din Beig Mohammad Khan Salim.

Kareena will next be seen in Aamir Khan’s movie Laal Singh Chaddha. This is expected to release in December.